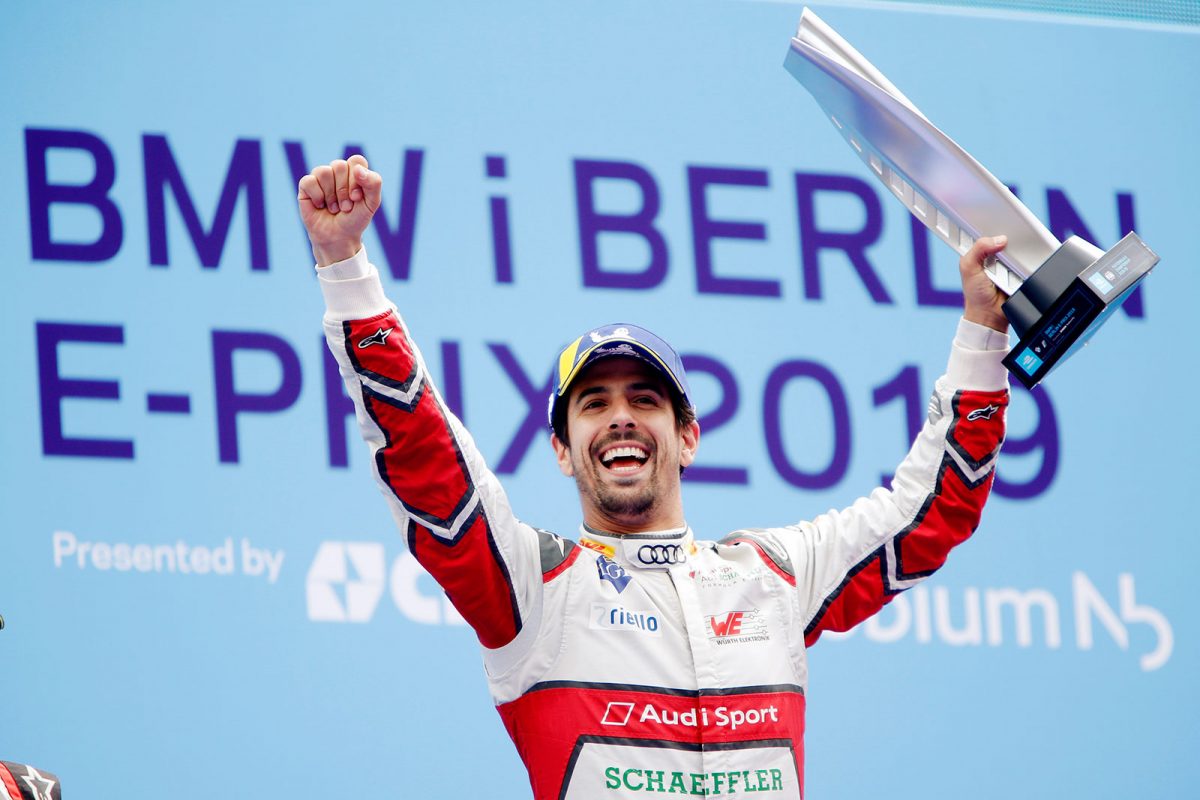 Lucas di Grassi flew around Tempelhof Airport to secure a second successive win on home soil for Audi Sport ABT Schaeffler in Berlin.

Di Grassi drove to victory from third on the grid, making progress up the order in the early stages and holding on to record his 10th career victory in the ABB FIA Formula E Championship. 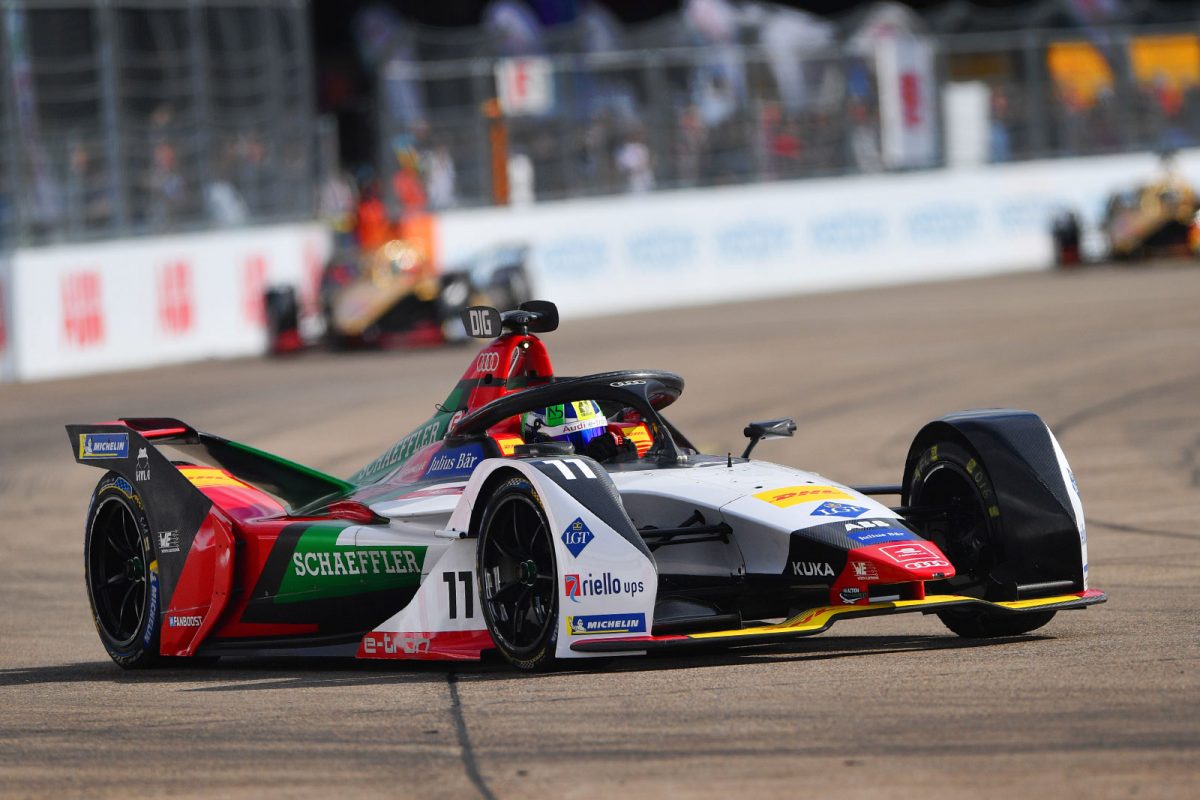 The Audi Sport ABT Schaeffler driver made a clean getaway and stuck behind Stoffel Vandoorne in the opening laps, before making his move up the inside of the Turn 6 hairpin at the end of the long back straight.

He mirrored the same manoeuvre only a handful of laps later to take the lead from Sebastien Buemi. Di Grassi managed his energy and maintained the gap to Buemi – eventually crossing the line to pick-up 25 points and an additional point for setting fastest lap. 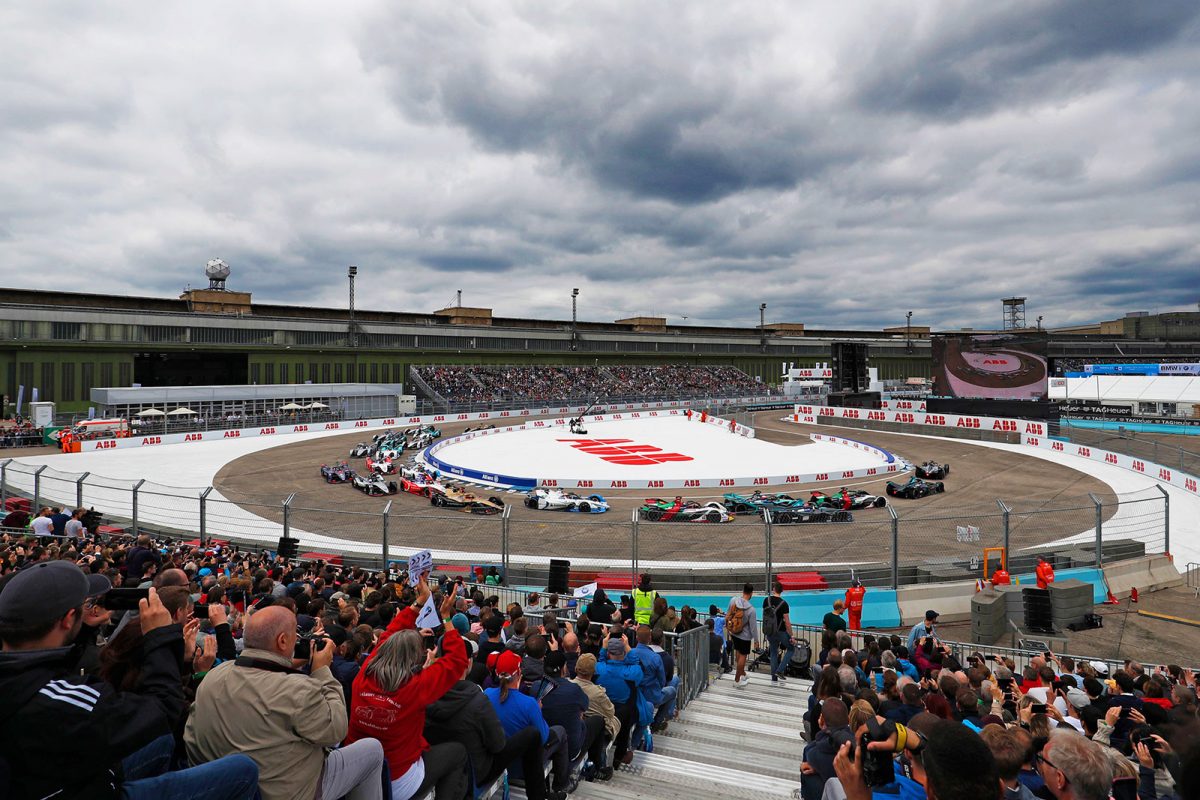 Buemi bolted out of the blocks from Julius Baer pole position but didn’t have the speed to keep di Grassi behind. Despite still not being able to convert pole into victory, second place marks Buemi’s first podium finish for Nissan e.dams this season.

Reigning champion Jean-Eric Vergne continued his recent upturn in form to complete the podium positions. Vergne advanced through the field from eighth, pulling off a number of audacious lunges with late-braking into the popular overtaking spot at Turn 6.

The DS TECHEETAH driver remains at the top of the ABB FIA Formula E Championship standings and now leads the voestalpine European races with only one event remaining in Bern. 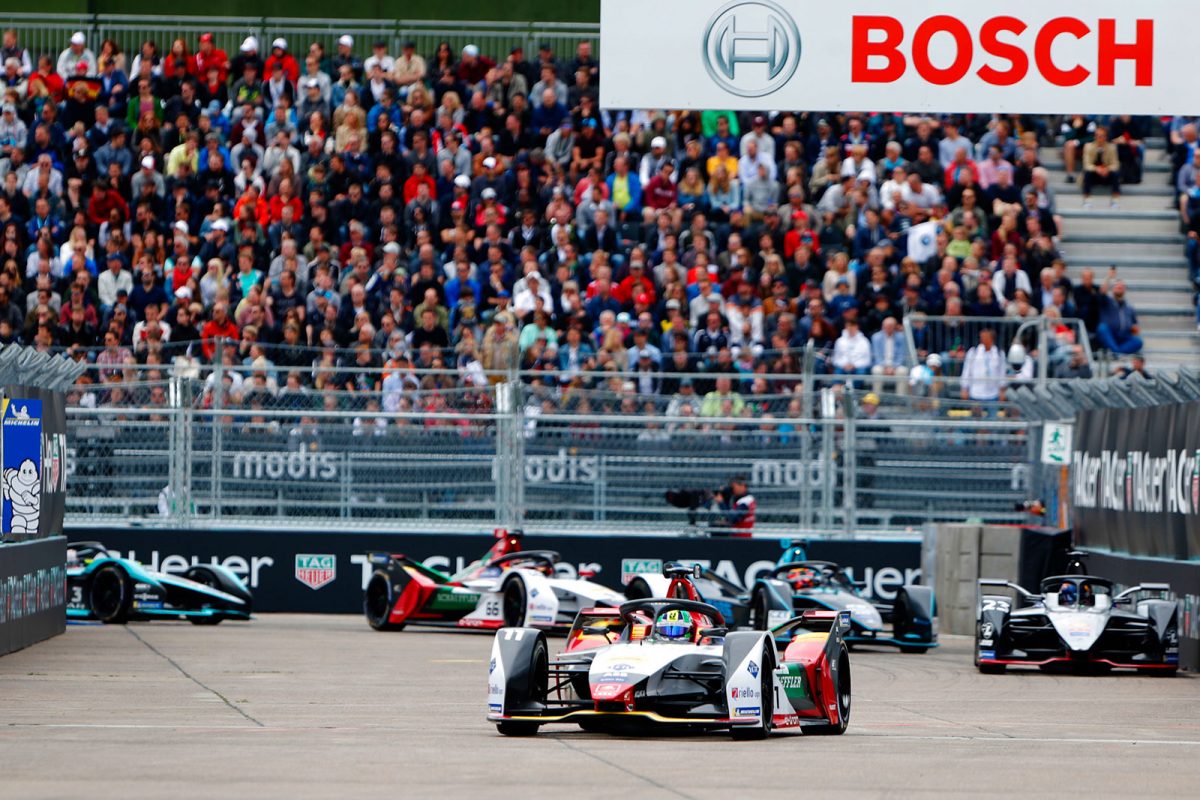 Antonio Felix da Costa, Vandoorne and Daniel Abt exchanged paint and positions on track in a hard-fought race for fourth – with Da Costa narrowly missing out on another podium place for BMW i Andretti Motorsport.

The British trio of Alexander Sims, Oliver Rowland and Sam Bird came home in seventh, eighth and ninth respectively ahead of Pascal Wehrlein in the final points-paying position. 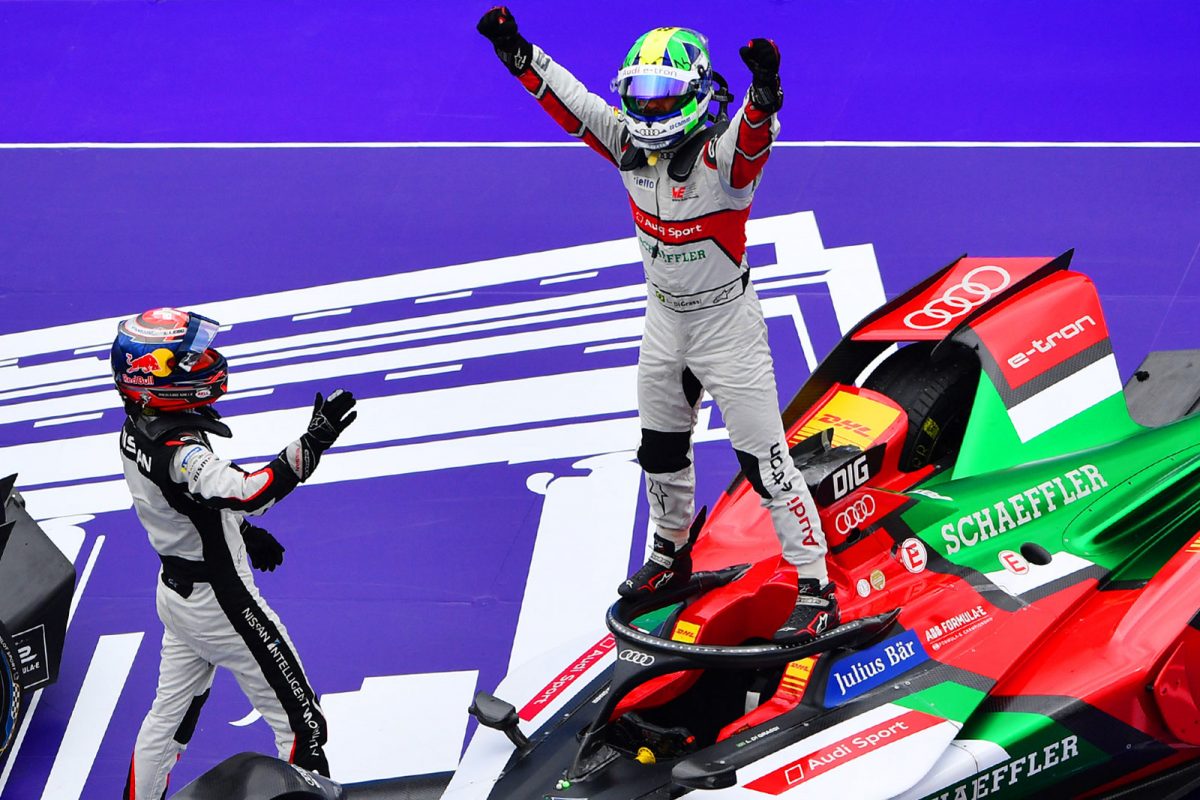 Next stop on the calendar sees Formula E return to Switzerland for the Julius Baer Swiss E-Prix in Bern – round 11 of the 2018/19 ABB FIA Formula E Championship and the climax of the voestalpine European races on June 22.

Lucas di Grassi
“An amazing race for Audi. It was a very strategic race with a lot of energy saving and our cars seemed very efficient today, so I’m super happy. Before coming into this weekend, I thought that with practice being on a different day on a track which isn’t normally very used – so it’s dusty – that it would’ve been pretty much impossible to qualify here and be in this position. It just shows that you have to work hard and do the best we can. Surprises can come and this is a very nice surprise to me.”

Sebastien Buemi
“It feels good. I can’t believe it’s only my first podium after all the races we’ve had this season. I know everyone can say that they deserve to get more points, but I think from our side it’s been really frustrating because we’ve been leading so many races and in the end not scored points. So, it’s good to finally see that we score points for the team and we’re coming back. There are another three races and I hope I can score more, but today I was not as quick as Lucas. I feel like we aren’t as efficient – we are good in qualifying – but we aren’t strong enough in the race. We need to try and work hard and see what we can do better.”

Jean-Eric Vergne
“It was really fun. It was a fantastic recovery and I have to thank my team because yesterday I was more than one second off and I had a massive issue on the car which we couldn’t find during the day, but they found it overnight. This morning in qualifying, I got into a brand-new car basically with new brakes and a new feeling. I’m very pleased with today’s result and I always like to leave the track knowing I’ve done the best and better wasn’t possible.”