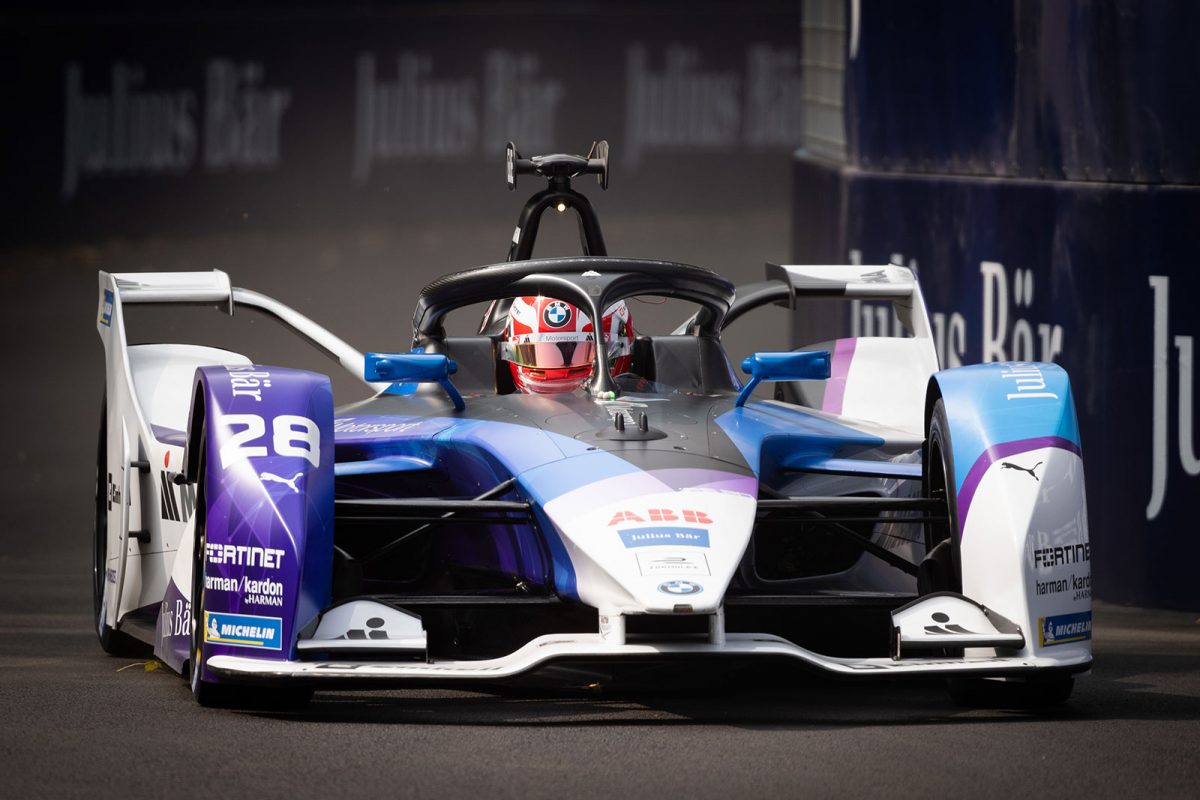 BMW i Andretti Motorsport’s Max Guenther clinched a hard-earned victory in the scorching heat of Santiago after a fierce battle with DS Techeetah’s Antonio Felix da Costa. Coming in third was Poleman and Panasonic Jaguar Racing driver Mitch Evans. Here’s how it all unfolded. 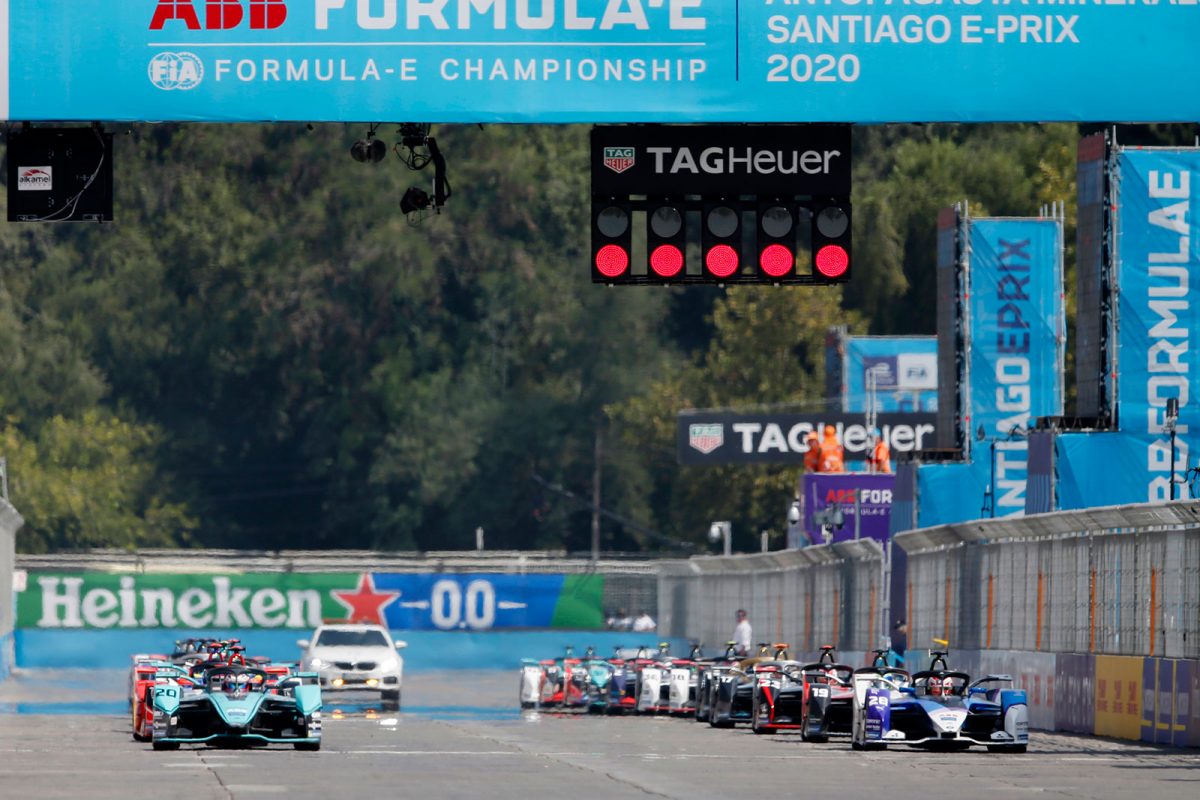 Running clean for the opening laps, championship leader Sims came to a halt on track with a full-course yellow being called. After his car was retrieved, racing restarted with 37 minutes left on the clock.

Heading through Turn 10 and 11, Nissan e.dams’ Oliver Rowland made contact Envision Virgin Racing’s Sam Bird, damaging his front wing which broke away from the car. At the same time, Bird spun, loosing precious places and dropping to 19th.

Picking up ATTACK MODE, Max Guenther advanced on Rokit Venturi Racing’s Edoardo Mortara, using the extra power to blast past the Venturi driver and move into third. With Mortara in fourth and his teammate Felipe Massa in fifth, the two Venturi cars trailed the podium sitters, biding their time. 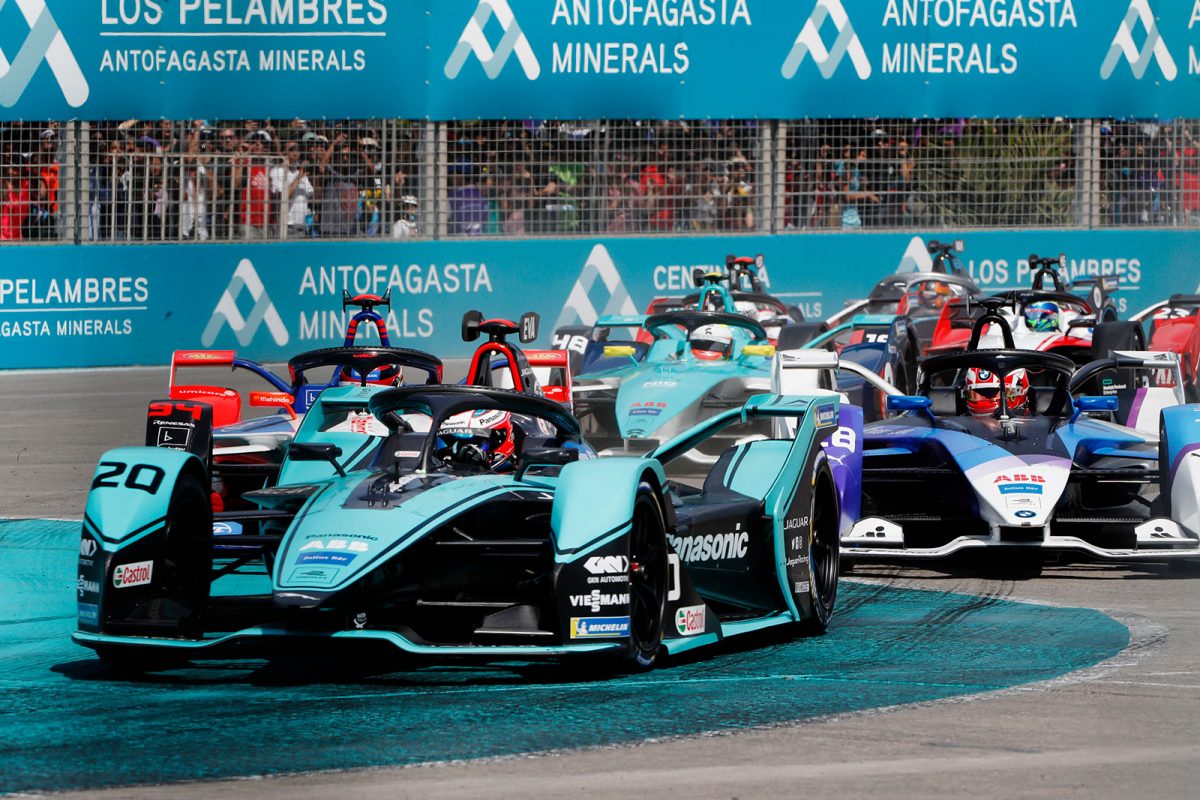 Heading into Turn 10 together, Massa was forced wide by his teammate, hitting the wall and dropping to seventh. Taking advantage of the situation, reigning champion and DS Techeetah driver Jean-Eric Vergne slipped past into fifth.

With 25 minutes left on the clock, Evans maintained the lead with Guenther now in second, Wehrlein in third. Still in ATTACK MODE, Guenther went for the lead slipping past Evans on the approach to Turn 9.

Despite starting from the back of the grid, Audi Sport Abt Schaeffler’s Lucas di Grassi moved up into 12th, two places off his teammate Daniel Abt. With 14 minutes of the race left, Wehrlein slowed allowing Vergne to pass into third as well as his teammate Antonio Felix da Costa who now sat behind him in fourth.

With the two DS Techeetah drivers in third and fourth, reigning champion Vergne’s front left tyre started rubbing on the wing, leaving a trail of smoke behind him. Regardless, Vergne continued – now in sixth – before the wing broke off. With just seven minutes to go, Vergne pulled into the pits with his damaged car leaving his teammate battling on track for the top step of the podium. 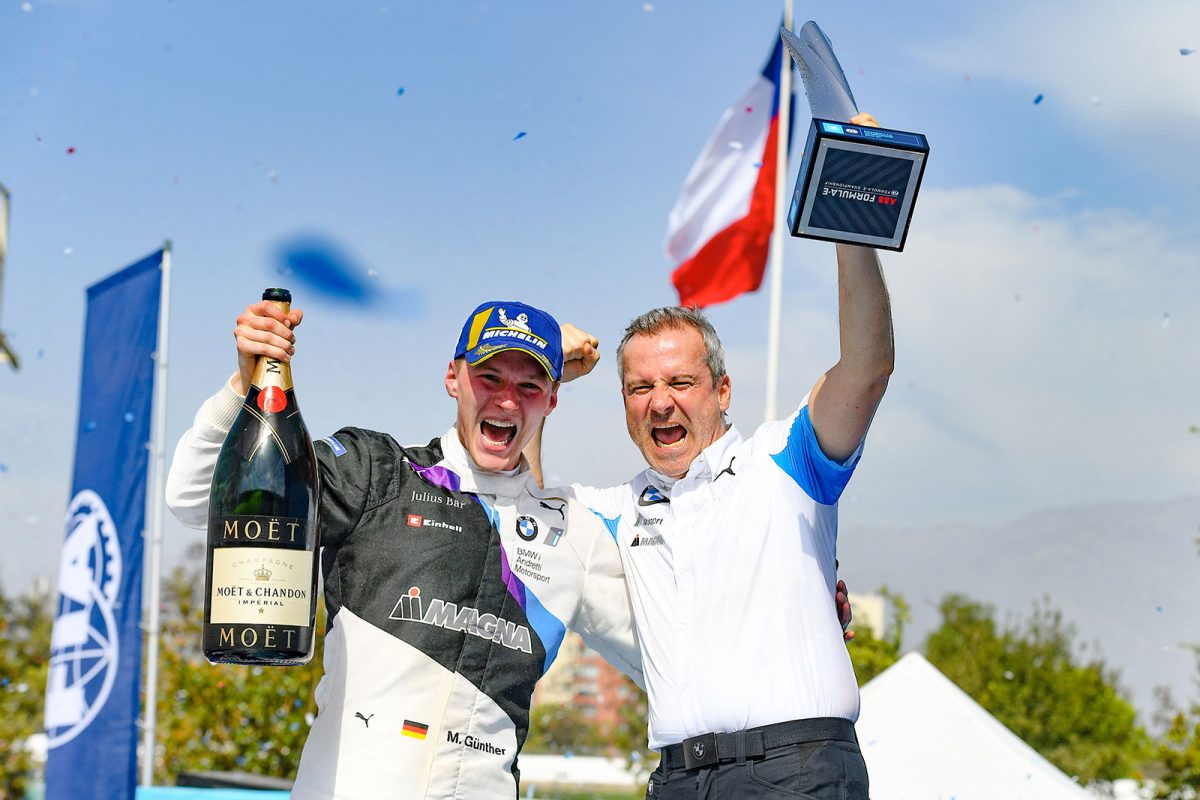 Making a break for second, Da Costa passed Poleman Evans on the long Turn 8, now hunting Guenther for the win. Holding out, Guenther maintained the lead with less than three minutes left on the clock. With both cars coming into Turn 10 together, Da Costa forced the BMW driver wide, passing on the inside and into first.

With less than a minute left, Guenther was back on the attack as Da Costa led the way. Both with the same level of energy, Guenther stormed past Da Costa going into Turn 9, regaining his hard-earned lead. Once around 10 and 11, the BMW driver clinched the win with Da Costa in second and Evans in third.

Maximilian Guenther
“Today is a dream come true. For all of us, it was about managing the race in hot conditions and it was a straight fight to the finish. Having not made a great start on the dirty side of the track, which actually cost me position, we used the extra power for ATTACK MODE very cleverly. That ultimately allowed me to take the lead. In those temperatures, it was also important to keep an eye on the battery. We did that really well and on the final lap, Antonio had to coast a little earlier than me on the straight. I thought to myself it is now or never and went for the overtake. Fortunately, it came off!”

Antonio Felix da Costa
“So much happened during that race! It is a bit of an awkward situation losing the win to BMW i Andretti Motorsport as my old team, but congratulations to Max. I am happy where I am, and we are only going to get better and improve as a team. It is going to be a fun season. A lot of positives to take away, but I lost out at the start as I got a massive hit from behind and my steering was never straight for the rest of the race. However, we have speed in the car and that made all the difference. I lost a lot of time behind JEV and was fed some wrong information on temperatures and when it all came down to the last lap… these guys just managed it better.”

Mitch Evans
“The execution of the race sort of slipped out of our hands. It was a bit of a strange one. Looking at the positives we have got some good points and a podium after having a bad start to the season. Starting from pole I wanted to walk away with a win, but we clearly still have work to do. In qualifying we had some good speed and I just could not keep up and convert that into race pace. For the first three laps I had some system issues where I was not getting any readings. I am a bit disappointed obviously as when you start the race in first place you want to end there. Full credit to these guys, they were super quick.”

Posted in E-Motorsport, Formula E
← UK based commercial EV startup Arrival receives €100M investment from Hyundai and KiaA Hyundai KONA Electric driven to an altitude of 5,731 meters on the Sawula Pass in Tibet →