Jaguar Racing has announced its first Jaguar I-PACE eTROPHY partner, with Michelin joining as Official Tyre Supplier ahead of the series debut season later in the year.

During an on-stage appearance at Autosport International, Jaguar Racing Team Director James Barclay revealed that leading motorsport tyre supplier Michelin will provide tyres for all 20 Jaguar I-PACE eTROPHY racecars at each round of the world’s first international championship for production-based electric cars. 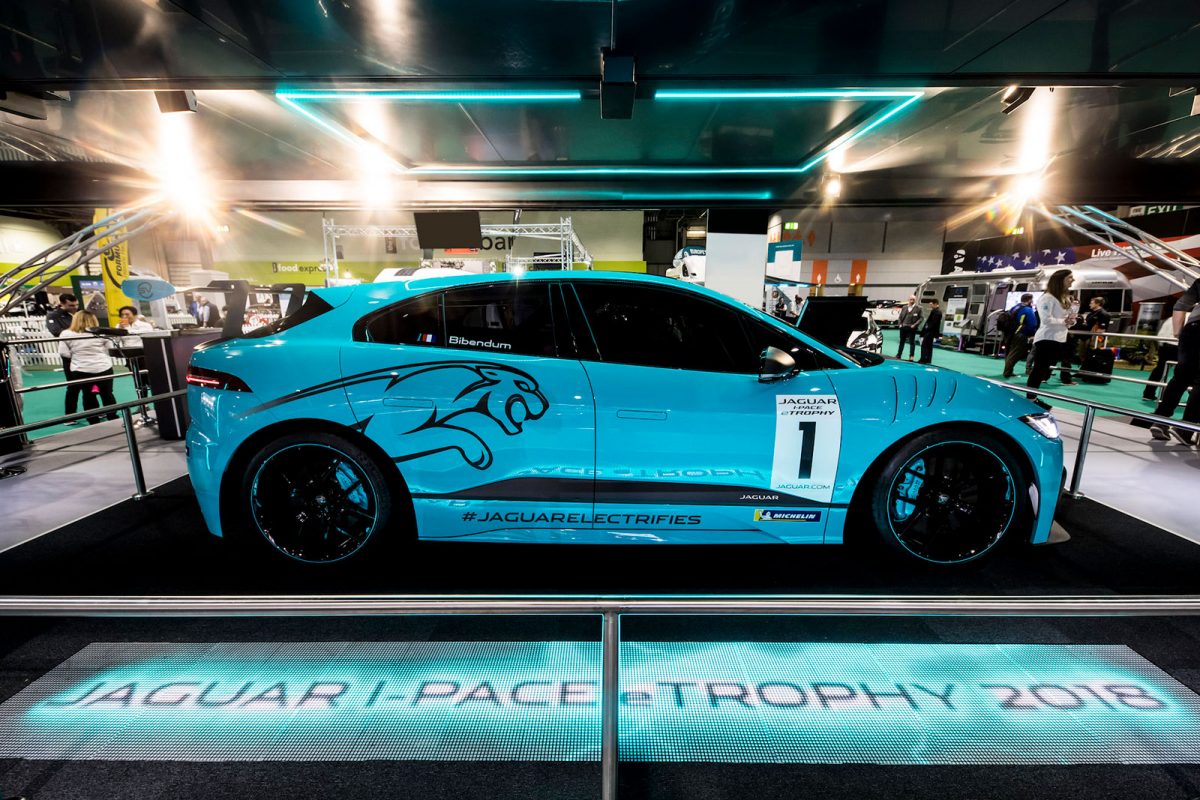 Rahal Letterman Lanigan Racing (RLL) were recently announced as the first team to enter the series. With Michelin being revealed today, the world’s first production-based electric vehicle race series is gaining global recognition ahead of the first race in late 2018.

The Jaguar I-PACE eTROPHY is the support series to the FIA Formula E Championship and will take place the same weekend on the same city street circuits throughout the 2018/19 season. The series, which will exclusively feature 20 Jaguar I-PACE eTROPHY racecars, will give teams involved the chance to showcase talent and performance while competing on the world stage in zero-emissions motorsport. 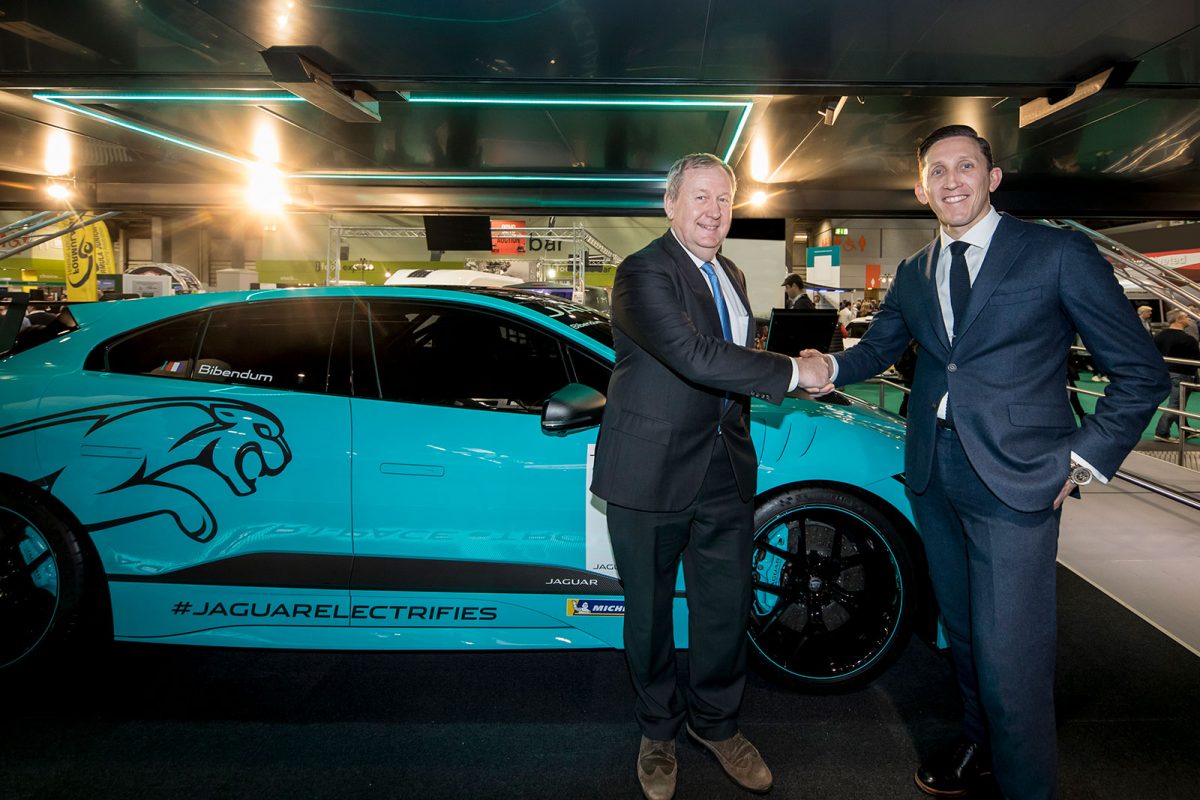 “Jaguar Racing are thrilled to have such an established motorsport partner like Michelin joining the Jaguar I-PACE eTROPHY and we’re confident they will help us to deliver a successful and exciting series. Since the global announcement in September and the reveal of Rahal Letterman Lanigan Racing as the first team in November 2017 there has continued to be positive interest and we look forward to announcing more partners and teams over the following months.”
James Barclay – Jaguar Racing Team Director

“We have been a partner of Formula E since its inception four seasons ago and are excited to extend our presence in electric motorsport into the Jaguar I-PACE eTROPHY. The series is in its early stages and we look forward to working alongside the Jaguar Racing team in launching the world’s first international championship for production-based electric cars.”
Pascal Couasnon – Michelin Motorsport Director 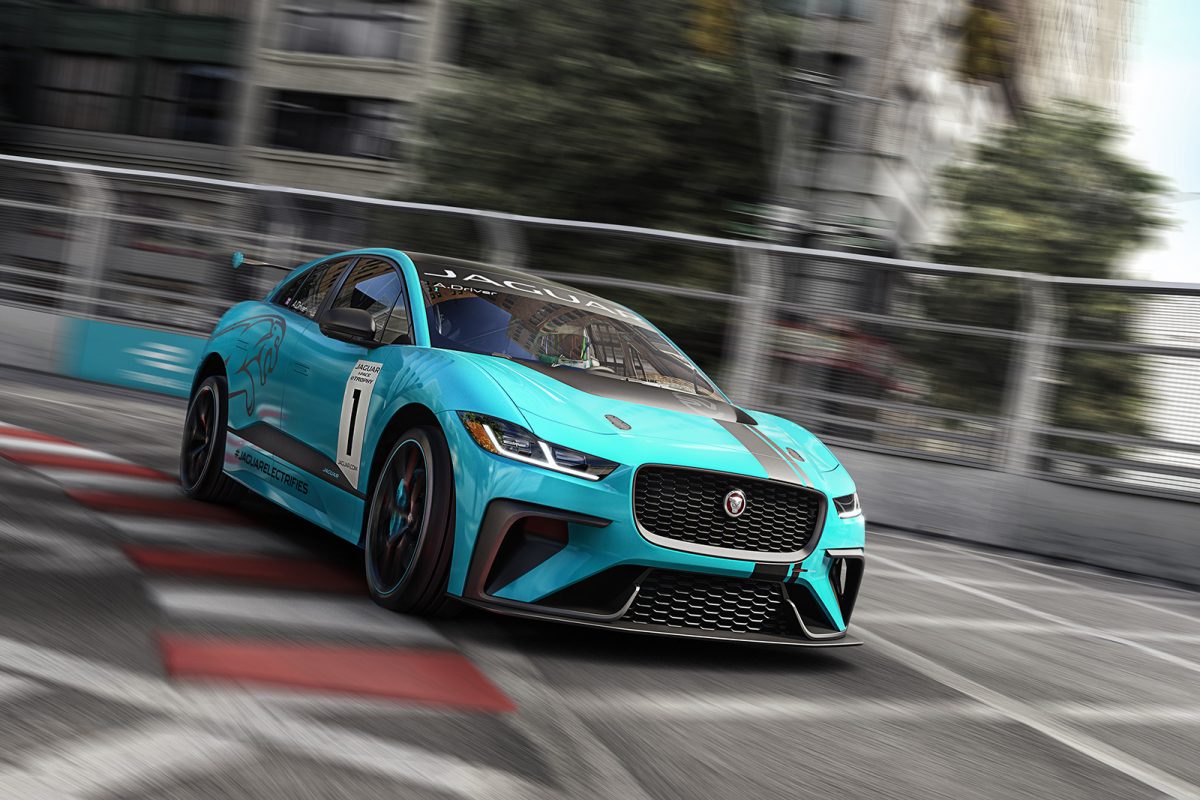 Jaguar Land Rover Special Vehicle Operations (SVO) in Warwickshire, UK, are building the racecars and Jaguar Racing are offering ‘Arrive and Drive’ packages for up to 20 drivers commencing in the 2018/19 season of FIA Formula E. The racecars are based on Jaguar’s first battery electric vehicle, the Jaguar I-PACE, which will go on sale later this year.

Jaguar Racing’s commitment to electric racing is in line with its strategy that from 2020 all new Jaguar Land Rover vehicles will be available with an electrification option.