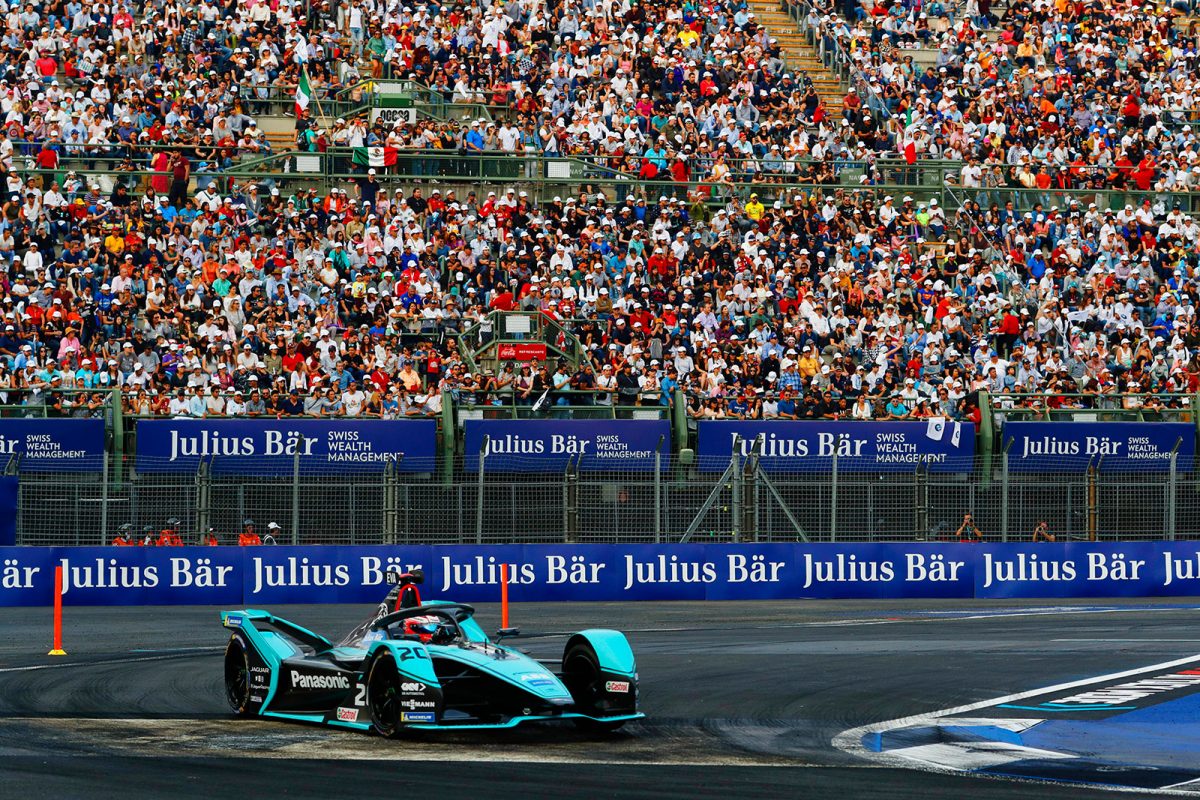 Pulling away from Pole, TAG Heuer Porsche’s Andre Lotterer was forced wide through Turn 1, forcing him back down the order to fourth. Slipping ahead, Panasonic Jaguar Racing’s Mitch Evans took the lead. 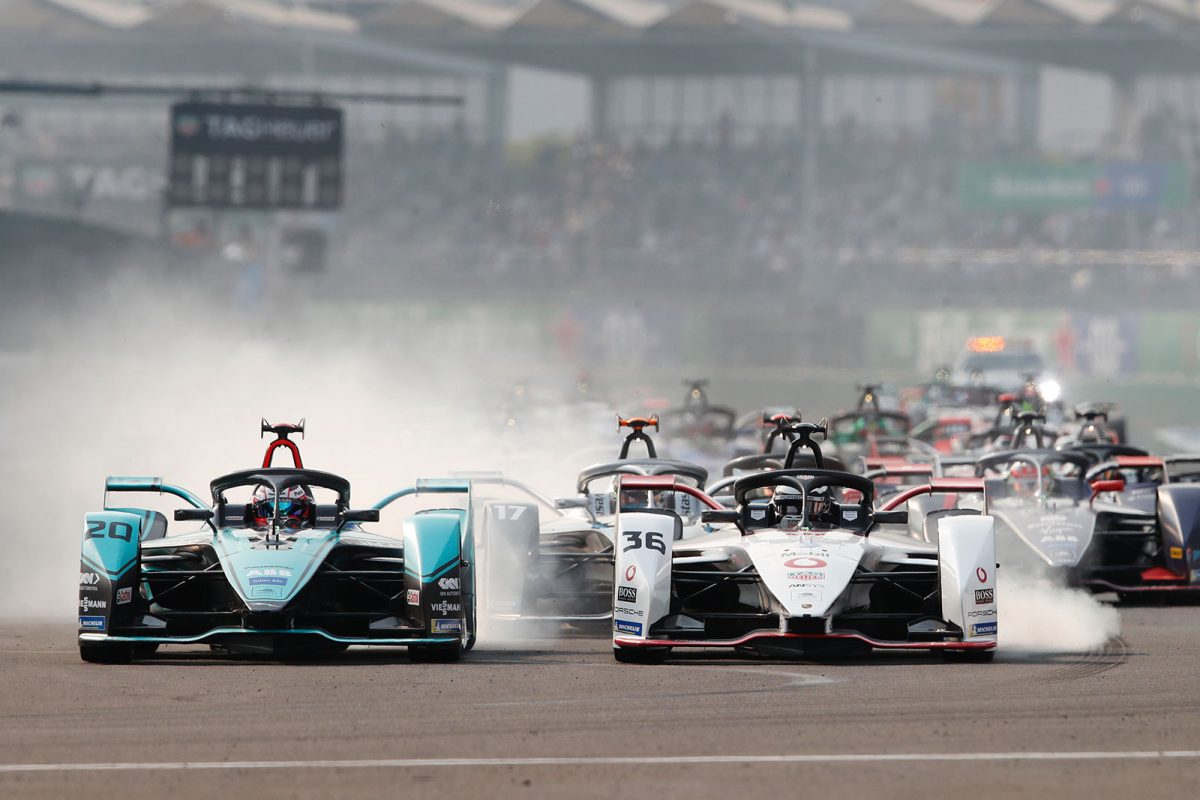 Nose to tail, the pack headed through a heaving Foro Sol stadium before completing a lap. Sitting in sixth, Geox Dragon’s Nico Mueller misjudged the entry into Turn 1, ploughing into the wall and ending his race with 48 minutes left on the clock. With the new-look BMW i8 Safety Car deployed, the pack followed in formation while Mueller’s car was recovered.

With the racing restarted, Evans pulled ahead with 35 minutes left on the clock. Under the new regulations for the 2019/20 season, all cars received a 5kW energy reduction after following the Safety Car for five minutes. Traveling wide through Turn 1, Rokit Venturi Racing’s Felipe Massa clipped the wall, damaging his car and ended his race early.

Holding the lead, Evans extended the gap at the front as Envision Virgin Racing’s Sam Bird overtook Nissan e.dams’ Sebastian Buemi to move into second. With the battle for the podium raging, Lotterer slipped even further down the ranks, while damage to his front, right wing left a plume of smoke behind him. Eventually losing the damaged wing on track, the German returned to the pits for new bodywork before eventually retiring from the race. 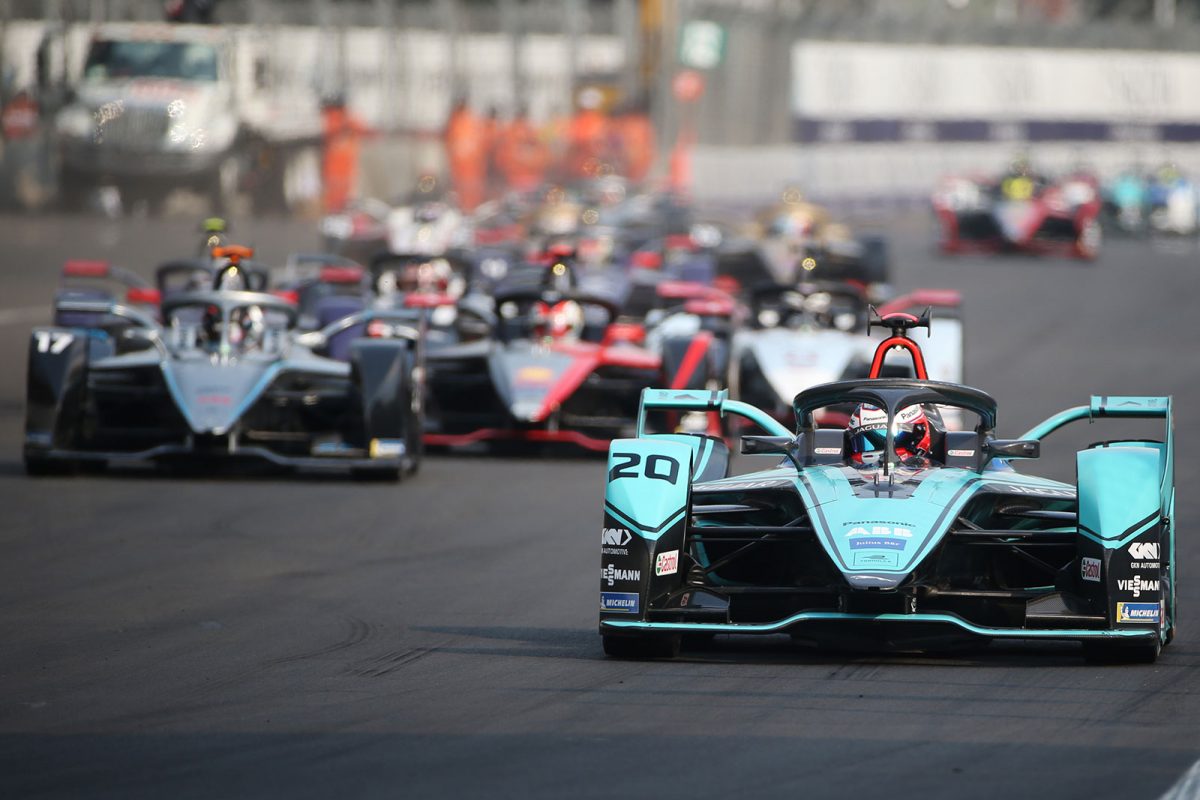 For reigning champion and DS Techeetah driver Jean-Eric Vergne, the Frenchman sat behind his teammate Antonio Felix da Costa, as the two DS cars held their place in the points in sixth and seventh. Behind Vergne, was Audi Sport Abt Schaeffler’s Lucas di Grassi in eighth.

With 17 minutes left on the clock, Mercedes-Benz EQ’s Nyck de Vries (in fifth) failed to stop at the end of the start/finish straight whilst attempting to defend a move from Da Costa. De Vries clipped fellow Dutchman and Envision Virgin Racing’s Robin Frijns before skidding to a halt at the end of the straight. Reporting technical problems over the radio, the rookie was left stranded and became the fourth driver to retire from the race.

Having made his way up to fifth, Vergne remained behind his teammate Da Costa in fourth. With less energy than his counterpart, the two DS Techeetah drivers battled over the radio with the management back in the garage, unable to decide on a concrete strategy. Eventually breaking out of his long-held position, Da Costa climbed up into third past Buemi with his extra energy. 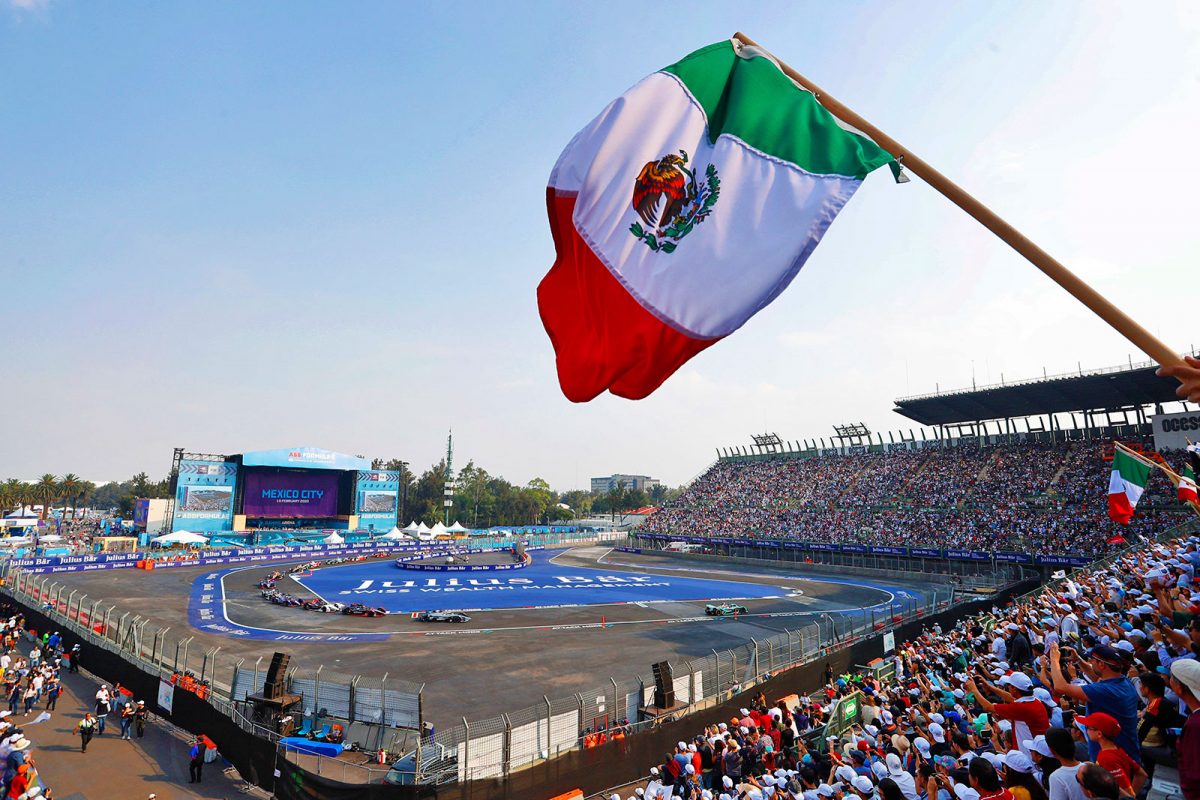 With five minutes left on the clock plus one lap to the finish, Evans continued to pull away with Bird and Da Costa following. With increased pressure, Bird misjudged Turn 13, clipping the wall and ending his race along with any chance of a podium finish. Da Costa, now in second, stayed ahead as Buemi moved up into third, hoping to claim his first championship points of the season.

After being discharged from hospital with a clean bill of health just hours before the race, following a heavy crash in Practice 1, Audi Sport Abt Schaeffler’s Daniel Abt retired with just minutes left on the clock. 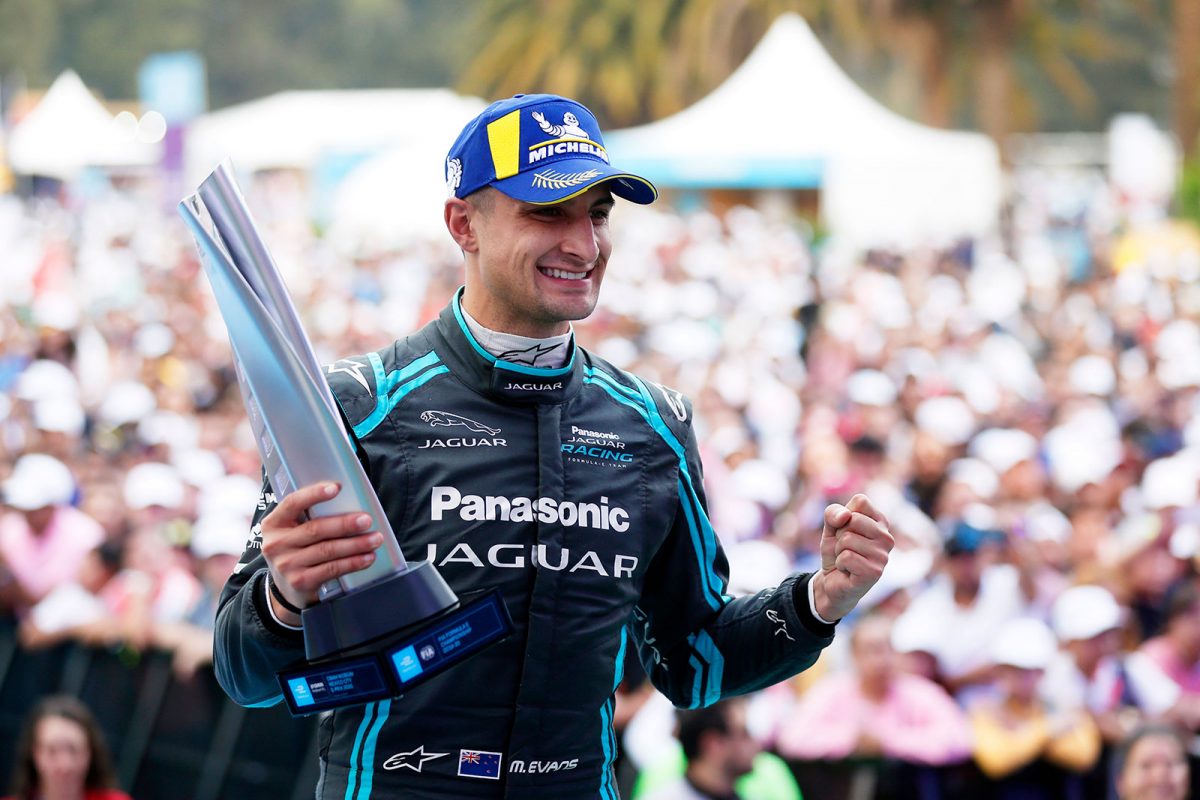 Mitch Evans
“It is very nice leaving here knowing that you managed to sort the issues from past races. We had a very good pace and it was a tight battle with Andre. It felt like deja vu from Rome! After overtaking him, I put my head down and tried to gain distance as everybody was quite aggressive in my mirrors. I had to keep them away and the car was working well. I only had to keep hitting the targets. I cannot wait to watch the replay back, as I have heard it was crazy behind me. It feels great to achieve a second victory in Formula E and doing so in Mexico surrounded by such a passionate crowd… it is the cherry on the cake.”

Antonio Felix da Costa
“Going into the race we knew we had a great car. Today was more about energy management than temperatures and we handled it better than others. The car is extremely fast, but I need to work on my qualifying. Being able to get familiar with the car over one lap would make my life much easier during the race. Both me and JEV planned the race really well and we both came through the field. We played a bit of a team game out there, but our engineers knew what they were doing. I was quicker than him and he made it easy for me to overtake and chase Seb. So fair play to him! The team in Paris deserves a massive shout out for all the work they have done so far this season. We have a great team and they never stop working.”

Sebastien Buemi
“I had a loose start and did not manage to make much progress in the opening lap, but I am happy with my race today. Andre was making it really difficult for me at the beginning, as he was completely flat out and I had to consume energy to keep him behind. I managed to overtake de Vries but I struggled halfway through the race. Today DS TECHEETAH were extremely fast, especially Antonio, and I did the best I could. The new track layout made it much easier without the chicanes and I really enjoyed it. Overall I am very happy to be back on the podium for the first time since the final race last season in New York.”

Posted in E-Motorsport, Formula E
← Formula E reveal the futuristic design of their new Gen2 EVO car for 2020/21Hyundai to unveil its new concept EV, “Prophecy”, at the Geneva Motor Show in March →