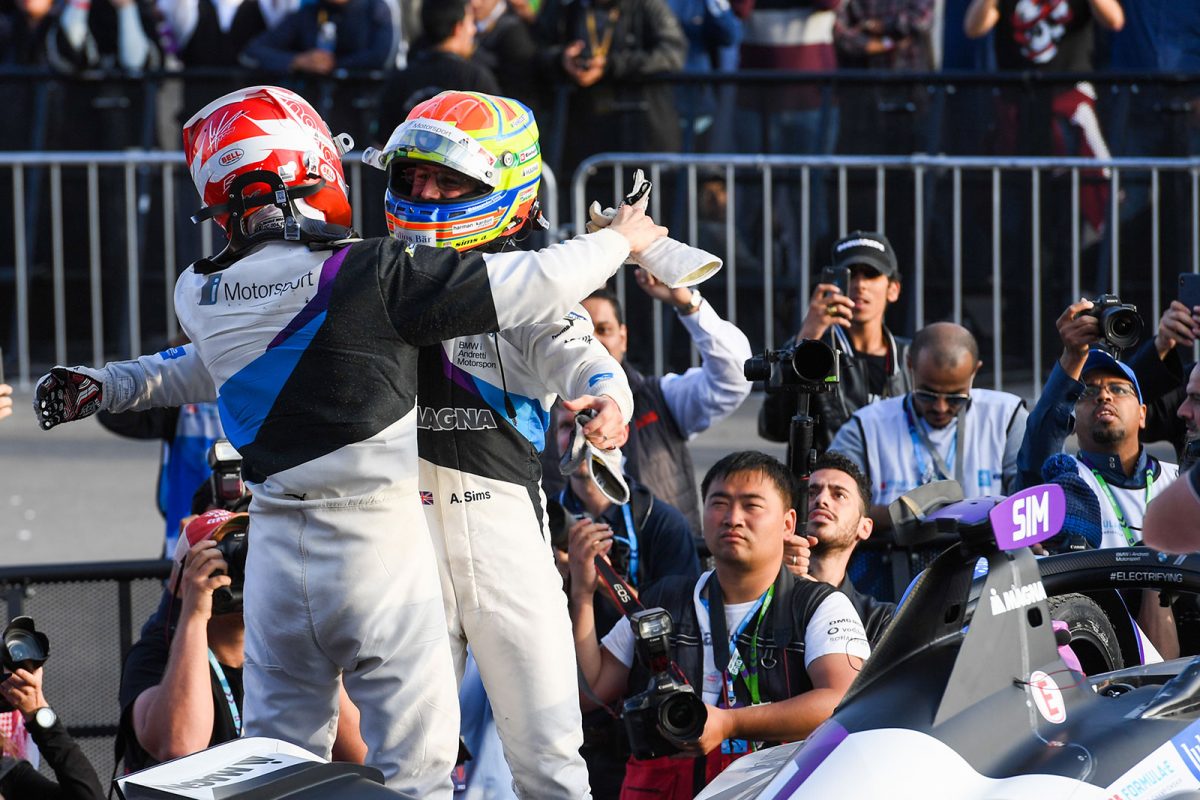 With the lights out, it was Poleman BMW i Andretti Motorsport’s Alex Sims who pulled away in the lead after securing his second Pole in a row on day two of the 2019 SAUDIA Diriyah E-Prix.

Leading the way with Nissan e.dams’ Sebastian Buemi in second and Audi Sport Abt Schaeffler’s Lucas di Grassi in third, the British driver maintained his position up front while DS Techeetah’s Antonio Felix da Costa – who moved into fourth after Mahindra Racing’s Jerome d’Ambrosio retired from the race due to technical difficulties – was on the attack. 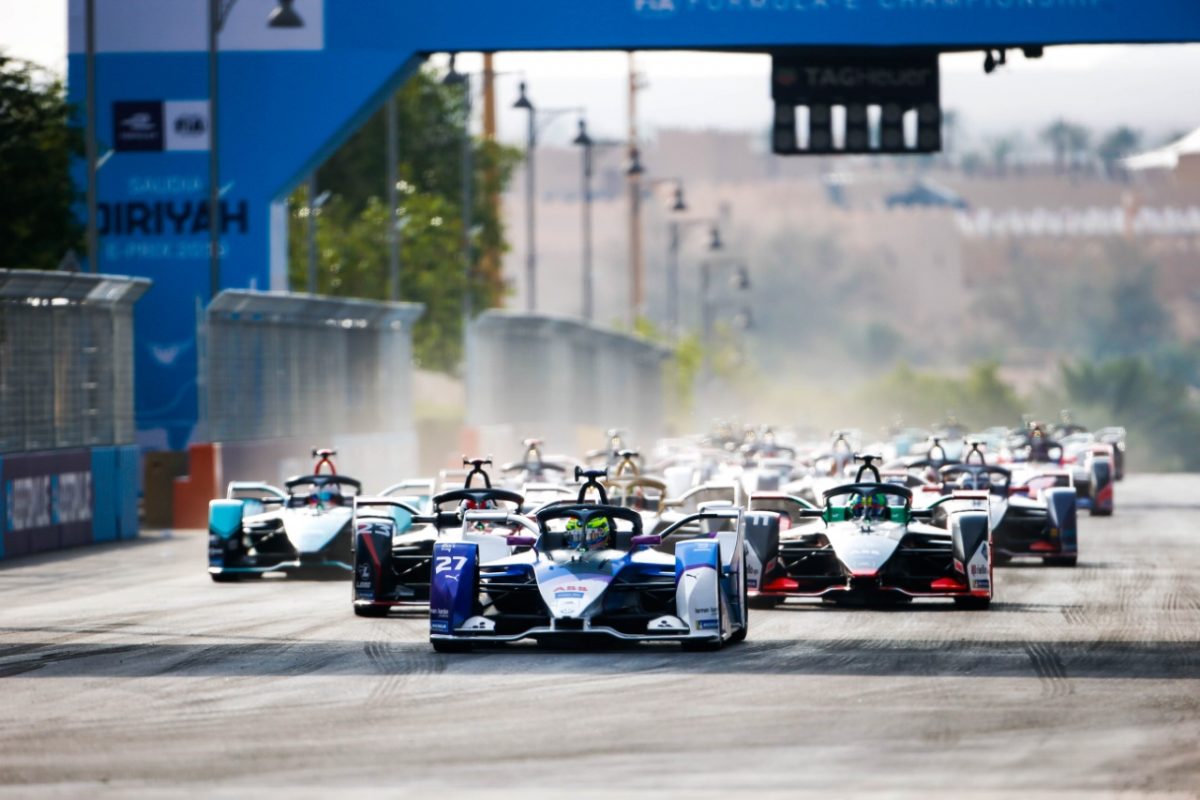 Making his way through the pack, da Costa was eager to make the podium, attacking Buemi and nudging the back of his car while sending him spinning into oncoming traffic. The Nissan driver rejoined the pack in 15th but came under investigation by the FIA.

With more than 30 minutes left on the clock, Bird was tapped by Panasonic Jaguar Racing’s Mitch Evans going through Turn 4, before being tapped again by Mahindra Racing’s Pascal Wehrlein going through Turn 5. The British driver – who clinched the win in the first race only a day before – met with the wall. With significant damage to his car, the Brit was out of the race. 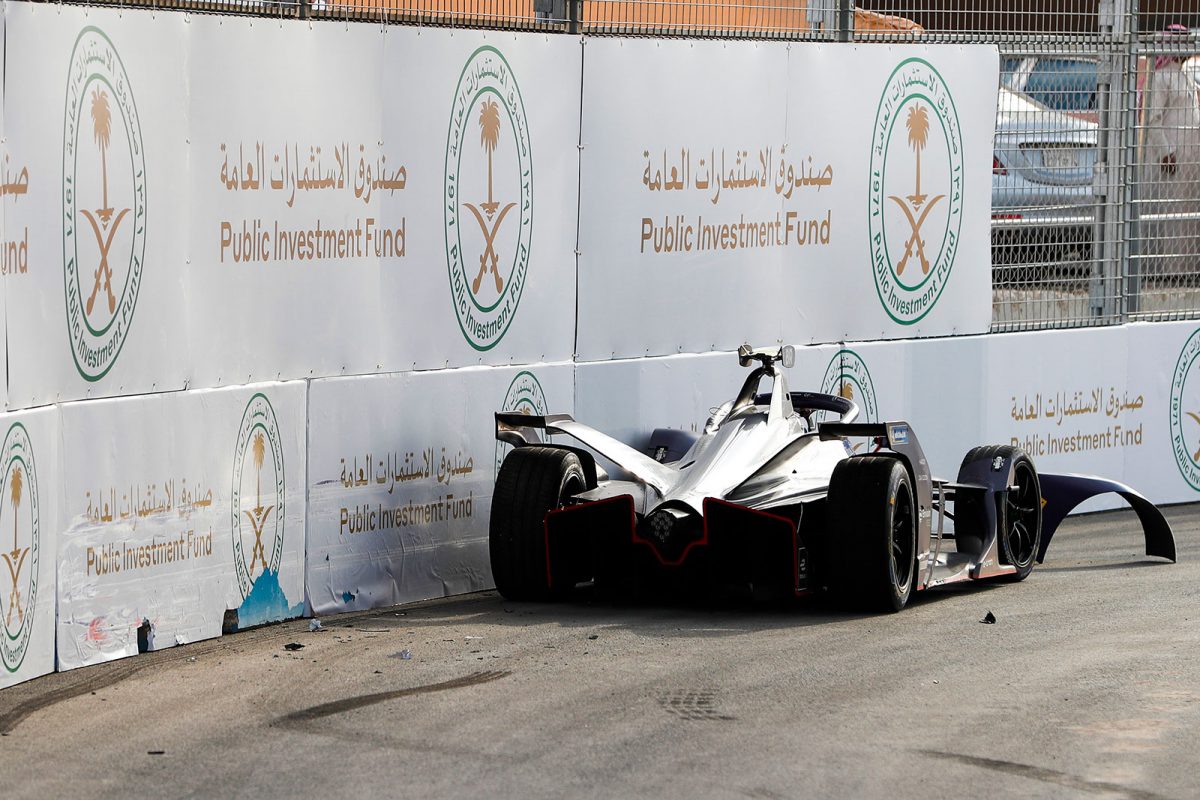 After consideration by the FIA, Da Costa was handed a 10-second drive through penalty for causing the incident with Buemi, while the Nissan driver was also handed the same punishment for his re-entry into the race that was deemed unsafe.

While his teammate was already out of the race, fellow Envision driver Robin Frijns lost control of his Audi-powered car between Turn 5 and 6, hitting the wall sideways on Turn 7. Damaged and stranded in his car, the Yellow Flag was raised while his car was recovered.

With eight minutes left on the clock, Sims maintained his lead while , further down the pack, Jaguar’s Evans was handed a 10-second drive through penalty for the collision with Bird.

Taking his ATTACK MODE, di Grassi in third temporarily lost a position before blasting back past Mercedes-Benz EQ’s Stoffel Vandoorne with 35kW of extra power. Not taking the ATTACK MODE, Sims’ teammate Max Guenther slipped into second as the two BMW’s led the way with only minutes left on the clock. 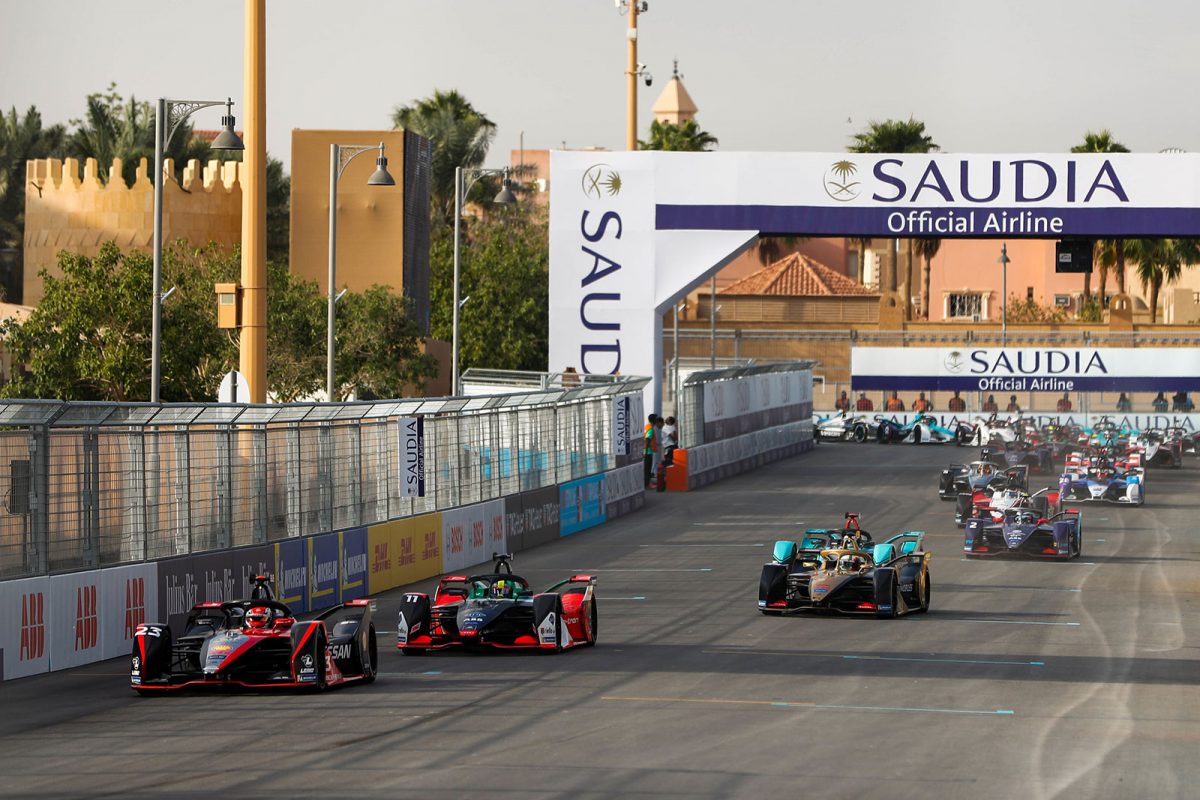 Stretching the lead to over three seconds with five minutes left on the clock, Guenther defended hard against di Grassi, holding the ATTACK MODE-enabled Brazilian at bay. With the added power, the Audi driver set the fastest lap on the attack against the German.

With both BMWs crossing the line in tandem, the Sims clinched his first ever race win in the ABB FIA Formula E Championship with his teammate in second and Audi’s di Grassi in third.

Alexander Sims
“That was pretty much a dream race! We executed everything really well and we made the right decisions at the right time. Crossing that line was an amazing feeling. We keep learning so many lessons and there are many more to come in the near future. The team have put a lot of effort in and to deliver a win now… it’s really cool.”

Maximilian Guenther
“I knew it was going to be unpredictable, but I never thought of having a podium finish today. I’m extremely happy for achieving my first podium in Formula E and with BMW i Andretti Motorsport. Also a one-two for the team is a fantastic result and big congratulations to my team-mate.”

Lucas di Grassi
“It was the 60th race in Formula E and my 31st podium finish. I’m extremely happy. After a troubled weekend we’re back on top with this podium today. The fight for the title starts now! The team works non-stop, although we don’t have the tools now, we’re going to have them as the season wraps up. Now we need to work to be able to tackle the next phase of the season.”