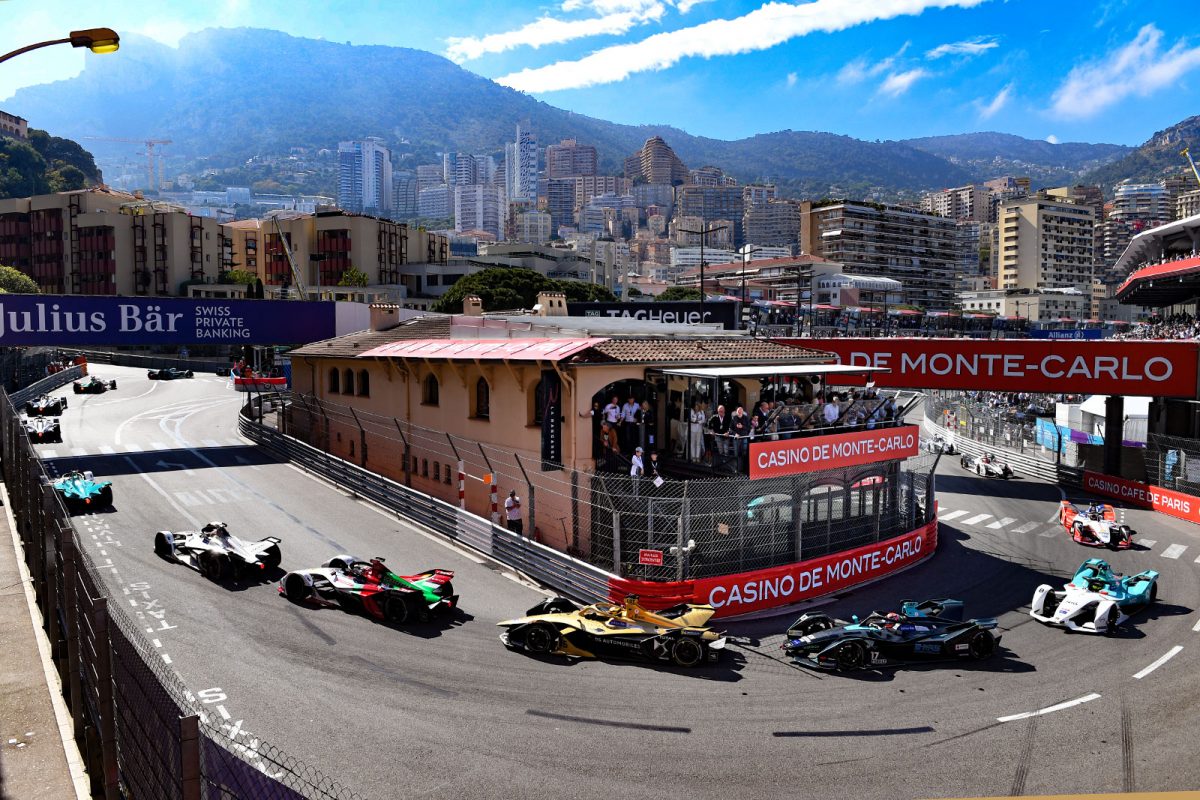 Jean-Eric Vergne lifted himself back into title contention with victory on the streets of Monaco, bringing to an end the streak of eight consecutive different winners so far this season.

The reigning champion held off the advances of Oliver Rowland in the closing stages with energy levels dropping but managed to hold station and take the chequered flag. The result marks Vergne’s first win around the Principality in any discipline. 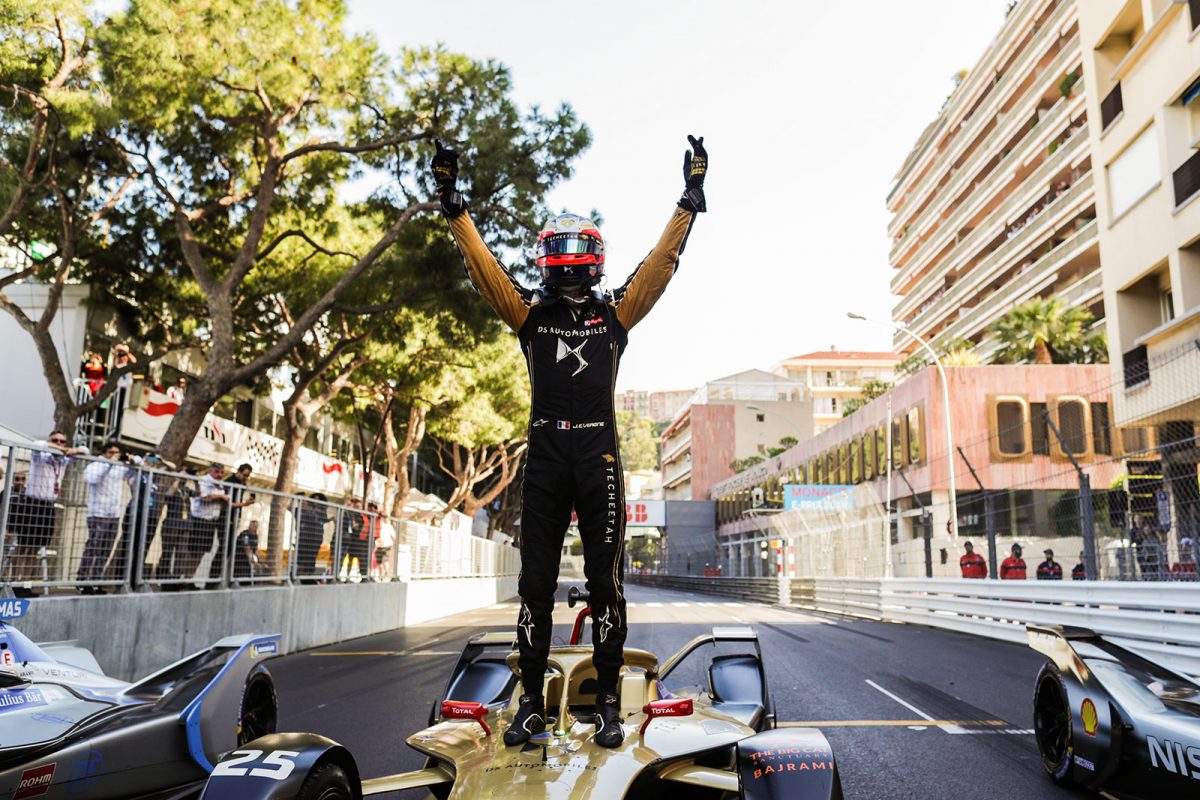 Vergne led away from Julius Baer pole position, despite Rowland topping the times in the super pole shoot-out – after the Nissan e.dams driver carried over a three-place grid penalty for causing a collision with Alexander Sims in Paris.

Rowland, who was later promoted to third on the grid due to Mitch Evans receiving a penalty for a third reprimand, jumped ahead of Pascal Wehrlein in the early phase of the race after the MAHINDRA RACING driver locked-up and went deep into Sainte-Devote. 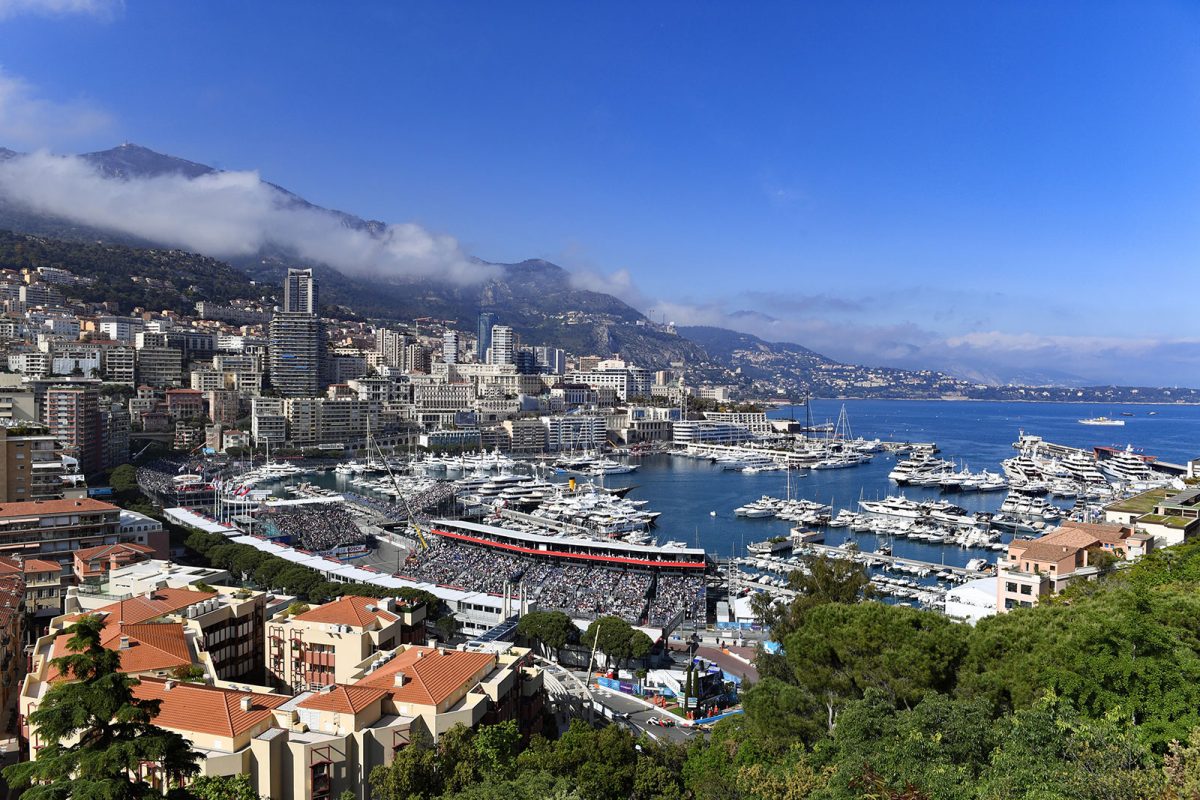 Not only did Wehrlein lose a place to Rowland – who set his sights on Vergne at the head of the field – he struggled to put down the power and fell behind Felipe Massa on the run down to the Turn 3 hairpin.

With the leading quartet pulling away and building a gap back to Sebastien Buemi in fifth, it became a strategic battle about when to deploy ATTACK MODE. Rowland was the first to blink with the final activation approaching the five-minute mark, however, Vergne and Massa mirrored his move a lap later to quell any speed advantage. 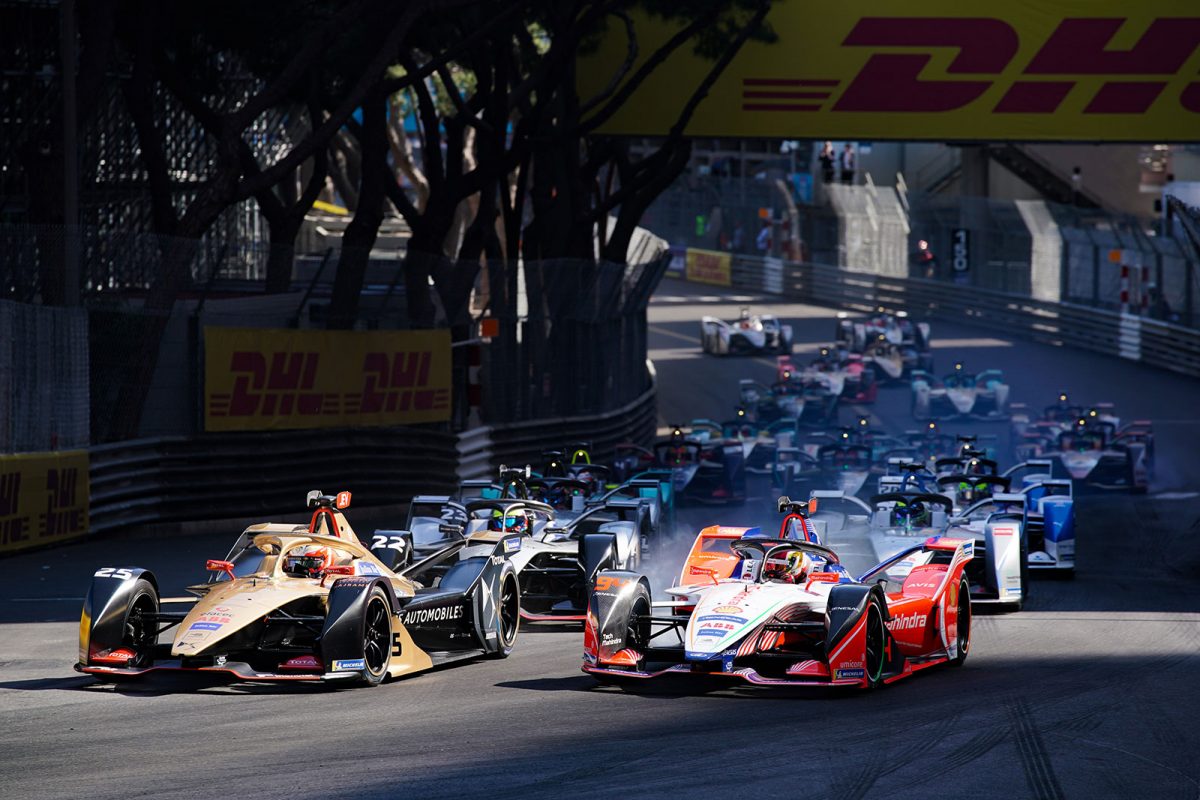 Despite running nose-to-tail in the final few corners, the top-four remained in the same order as they crossed the line – leading to Vergne becoming the only repeat winner this season and vaulting the DS TECHEETAH driver to the top of the standings.

The podium positions were completed by Massa, claiming his first podium in the ABB FIA Formula E Championship on home soil for the Monegasque VENTURI Formula E Team. Massa finished in front of Wehrlein in fourth, who secured an extra point for setting fastest lap.

Buemi couldn’t extend his unbeaten record in Monaco – after winning the previous two editions – ending up in fifth over five seconds behind Wehrlein, with Mitch Evans a place further back in sixth after Antonio Felix da Costa was disqualified for exceeding maximum power usage. 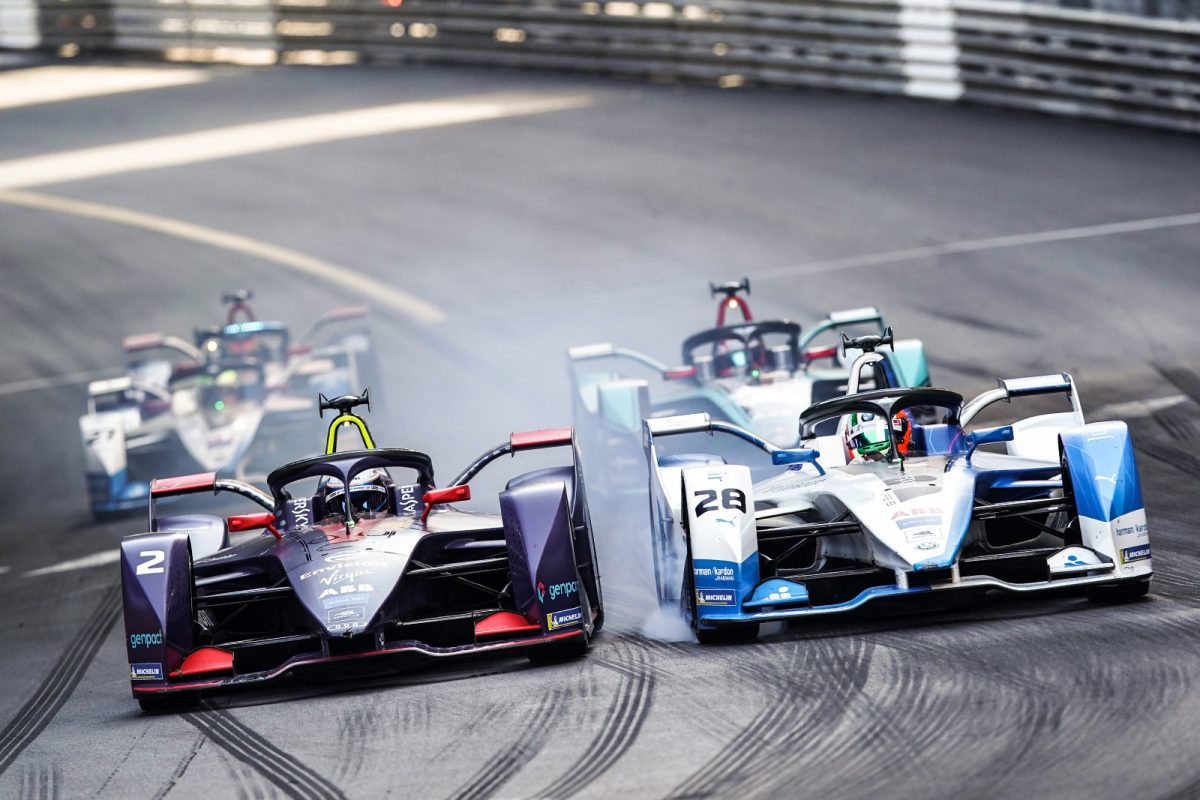 Current leader of the voestalpine European races Andre Lotterer was promoted to seventh, putting him one point behind Vergne in the title race. Alex Lynn scored his first points since his return for Panasonic Jaguar Racing in eighth, as Stoffel Vandoorne and Jose Maria Lopez moved up the order following a post-race time penalty for Daniel Abt – after causing a collision with Oliver Turvey at Turn 1.

With the streak finally coming to an end and the top-three drivers separated by six points, will anyone emerge as a clear title contender as the electric street racing series heads to Berlin for round 10 of the ABB FIA Formula E Championship and the penultimate leg of the voestalpine European races on May 25. 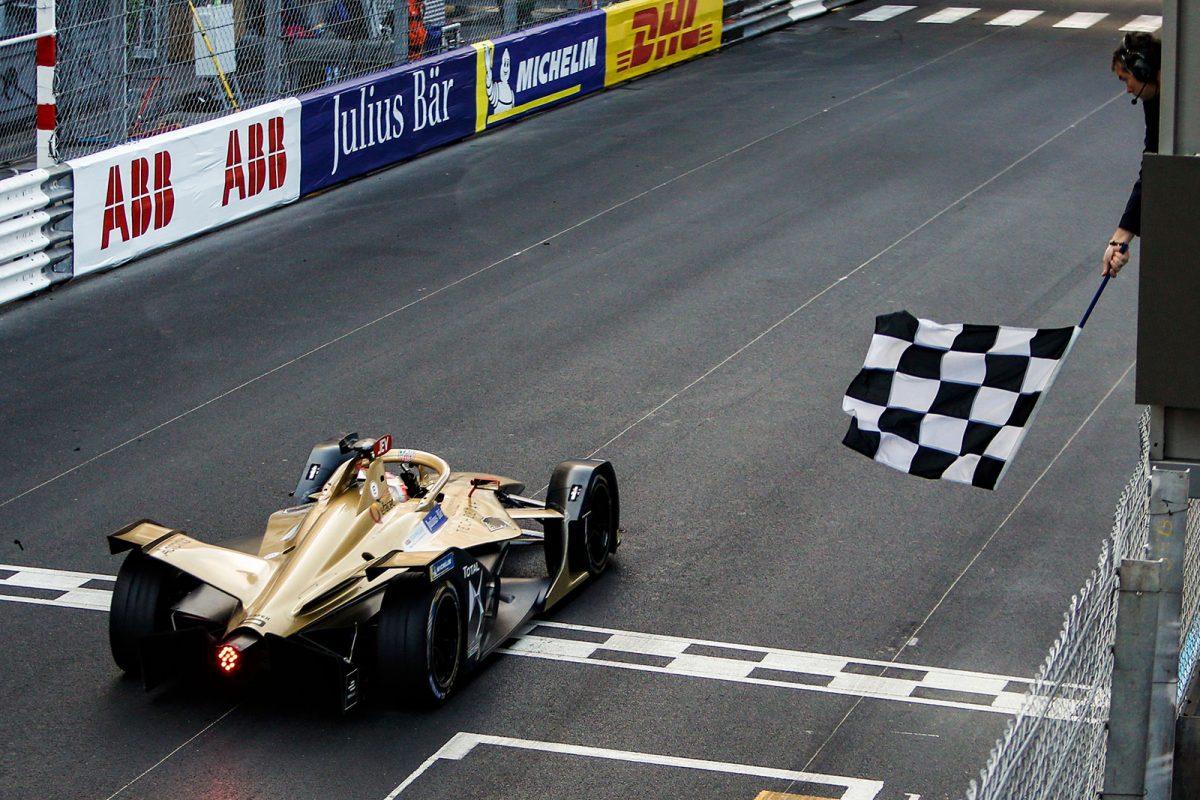 Jean-Eric Vergne
“Having my first podium in Monaco and being a winner, I feel extremely happy and it’s an incredible feeling. The race, I think, was pretty much under control. When I wanted to push I could create a big enough gap and then my engineers were telling me how far back Oliver was and I was lifting depending on how close he was, so I could keep the target and at the end we were very close. It was a question of staying on track and finishing the race and I knew that if I closed the door at the right time he wouldn’t pass me… unless he went over me – so I was feeling pretty confident!”

Oliver Rowland
“You come here and you already know it’s very difficult to overtake, so you come here with a target to maximise qualifying and I think that’s what we did today. To be honest, to finish second with a three-place penalty is amazing, but I think that more than anything today I think I’m happy with the race performance. I think it was probably my first good race and especially surprising as it’s quite a big energy saving track, where I tend to struggle a lot. I felt today I made a good step in my driving and understanding of the energy management. So all in all I’m very positive.”

Felipe Massa
“Well, it was definitely a nice race and a nice qualifying. A very clean race – so I’m happy! The best race here in Monaco for the team, our home E-Prix. It was so special when I was on the podium and I saw my son screaming and that’s a really great feeling. Looking at these kind of things gives you extra happiness. I’m doing what I love to do and getting the results is always the best achievement. After the podium Gildo Pastor, our boss, was crying and he’s from here and I think that after everything he’s been through it was a really great day.”