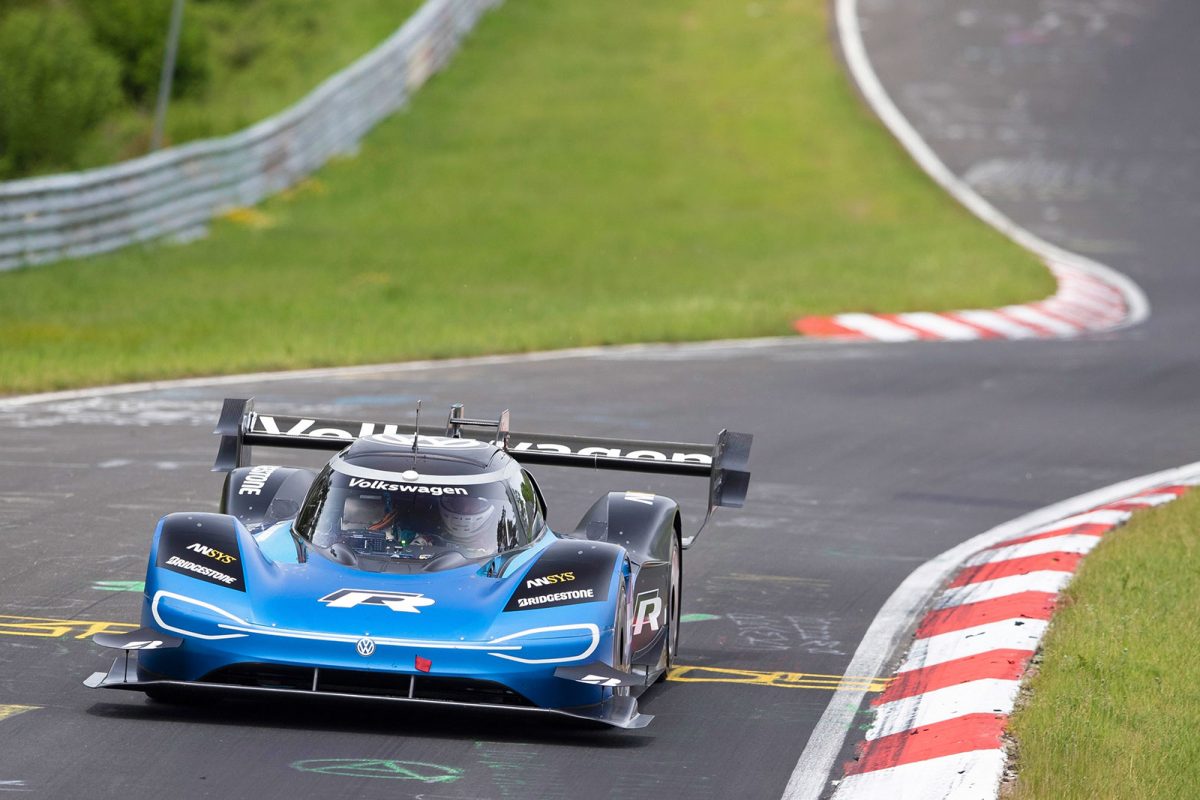 Volkswagen has achieved another milestone in electro-mobility: The ID.R, powered by two electric motors, lapped the Nürburgring-Nordschleife in 6:05.336 minutes – faster than any electric vehicle before it. Driver Romain Dumas beat the previous record set by Peter Dumbreck in a NIO EP9 back in 2017 by 40.564 seconds.

With an average speed of 206.96 km/h, the ID.R once again underlined the impressive performance capabilities of Volkswagen’s electric drive. This 500 kW (680 PS) emission-free race car is the racing flagship of the future fully electric ID. product family from Volkswagen. 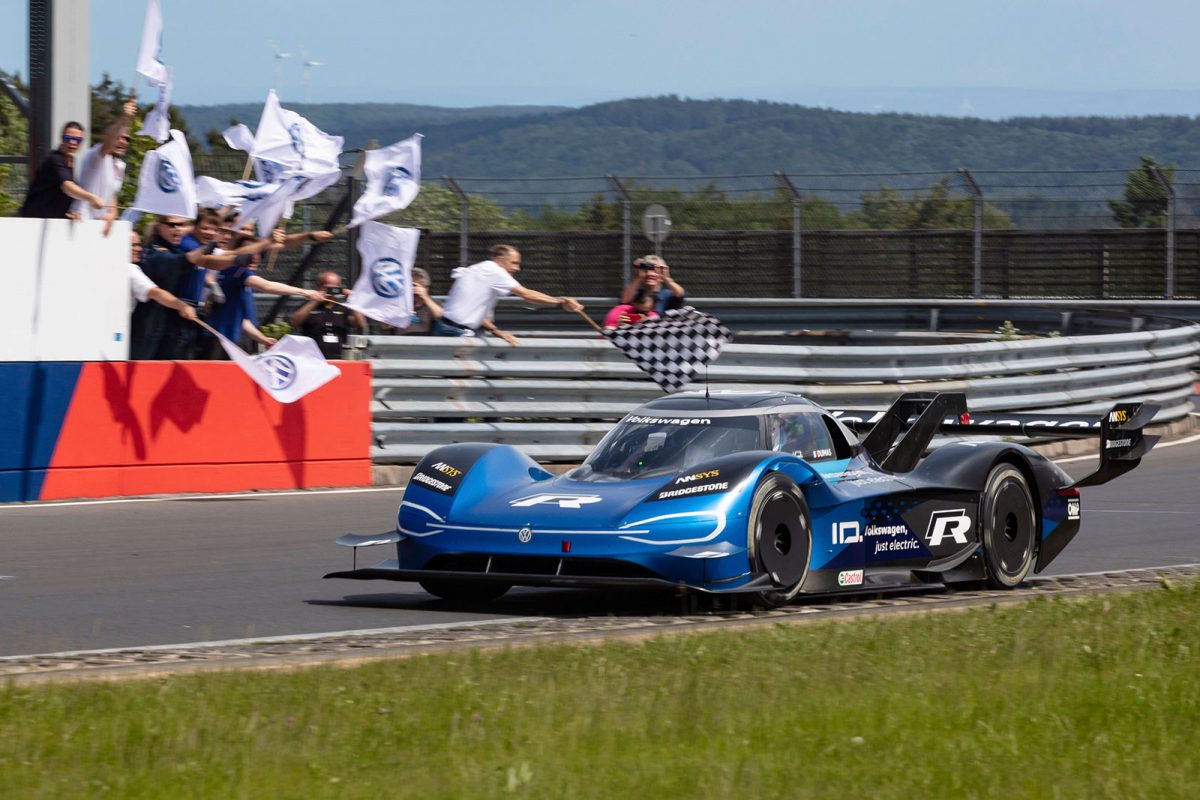 “The Nordschleife of the Nürburgring is not only the world’s most demanding race track, it is also the ultimate test for production vehicles,” says Herbert Diess, Chairman of the Board of Management of Volkswagen Group. “The ID.R has mastered this challenge with great distinction and has completed the fastest emission-free lap of all time.”

“As further proof of its impressive performance capabilities, Volkswagen’s e-mobility can now proudly call itself ‘Nürburgring-approved’. I congratulate the team from Volkswagen Motorsport and driver Romain Dumas on the third record for the ID.R.” 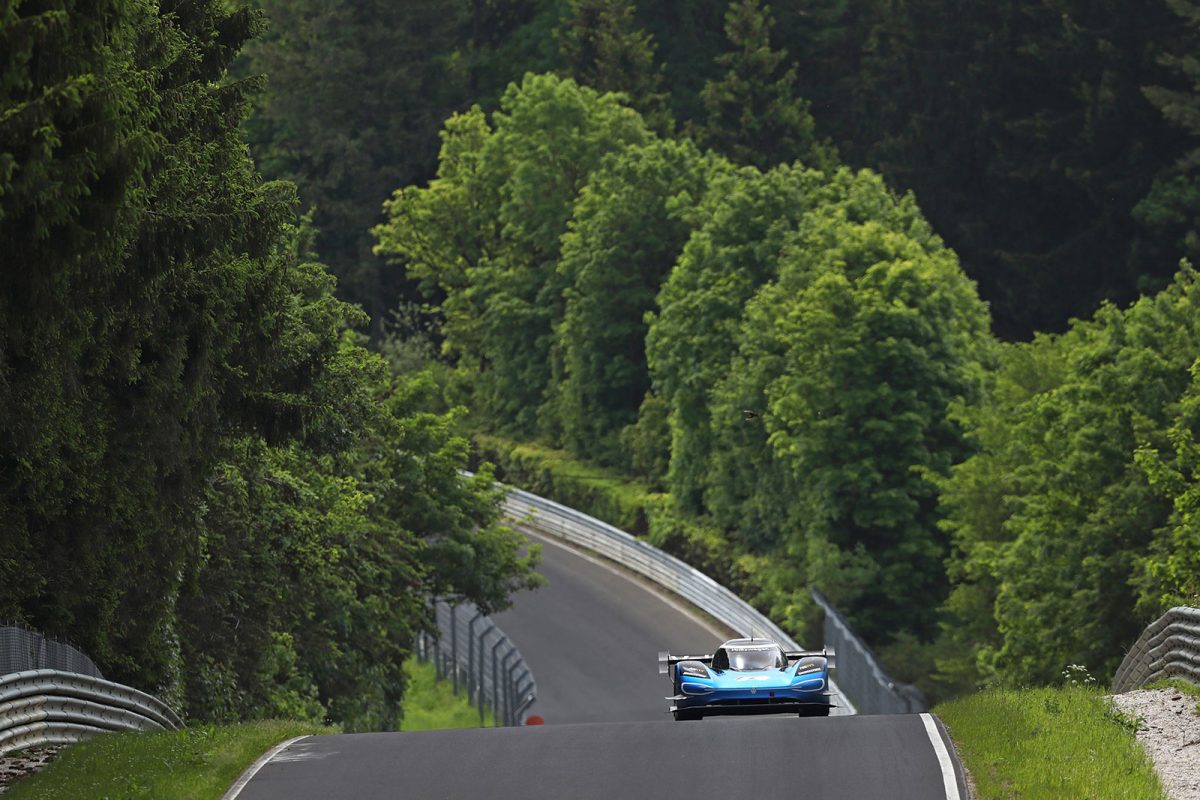 Within just twelve months, Volkswagen Motorsport has already set three track records with the ID.R. On 24 June 2018, Romain Dumas achieved the absolute track record of 7:57.148 minutes at the renowned Pikes Peak International Hill Climb (USA). Just three weeks later, he achieved a new best time for electric cars of 43.86 seconds at the Goodwood Festival of Speed in southern England. The new record on the legendary Nordschleife has now been added to this successful run.

For Romain Dumas, who is a four-time winner of the 24-hour race at the Nürburgring, the record lap with the ID.R is another highlight on his favourite track. “To be a record-holder on the Nordschleife makes me unbelievably proud,” says Dumas. “For me, this is the best and most difficult race track in the world. I want to thank the team at Volkswagen Motorsport, who have once again done a fantastic job. The ID.R was perfectly prepared for the Nordschleife and it was so much fun to experience the blistering acceleration and rapid cornering speeds.” 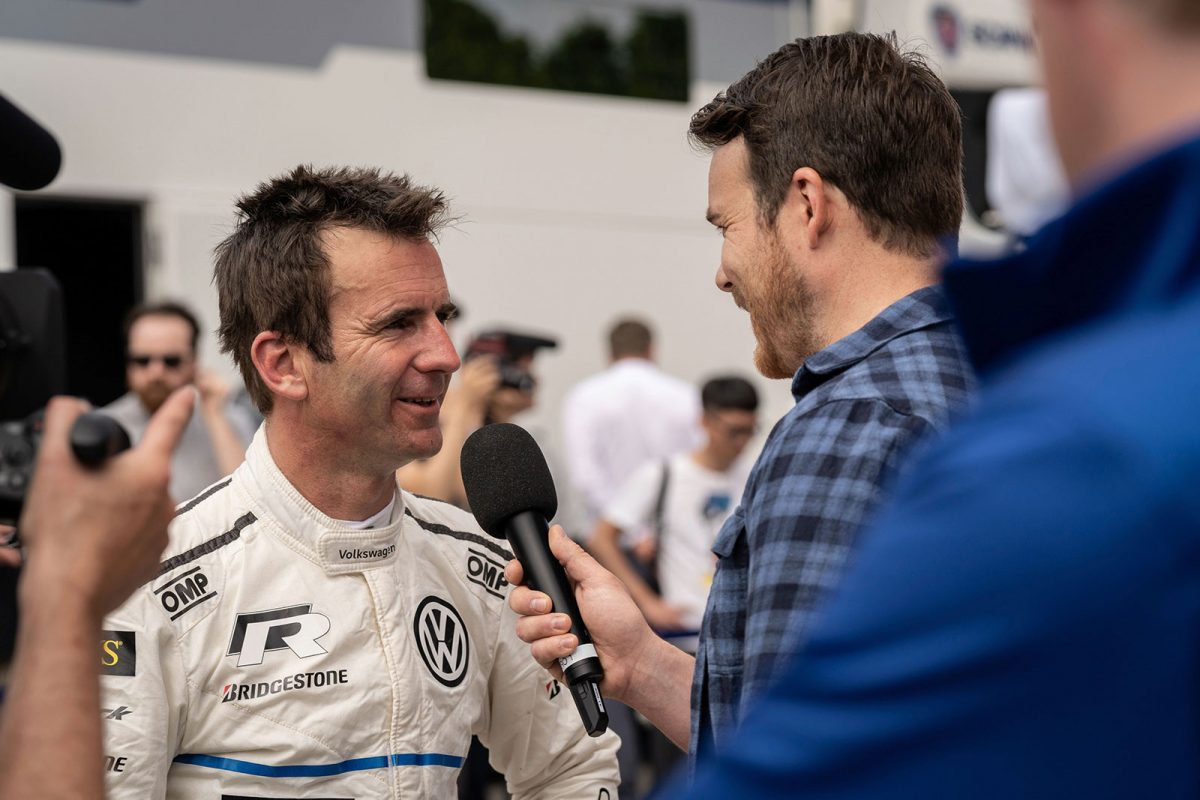 With the e-record on the Nordschleife, Volkswagen has once again demonstrated the enormous performance capabilities that come with electric mobility.

“This impressive success story is the result of meticulous preparation by our engineers, the flawless work by the whole team during testing and of course a perfect driving performance by Romain Dumas,” says Volkswagen Motorsport Director Sven Smeets.

Evolved version of the ID.R adapted for the special conditions of the Nordschleife

To prepare for the Nürburgring Nordschleife challenge, in just five months Volkswagen Motorsport gave the ID.R a complete makeover compared to the record outings on Pikes Peak and in Goodwood.

“For this evolved version of the ID.R, the aerodynamic configuration was more strongly adapted to the highest possible speed, rather than maximum downforce,” explains François-Xavier Demaison, Technical Director. “With extensive test laps in the simulator and on the race track, we adapted the ID.R to the unique conditions of the Nordschleife, focussing mainly on chassis tuning, energy management and optimal choice of tyres for the record attempt.”

Posted in E-Motorsport, Volkswagen
← The Tesla Model 3 is finally on sale in AustraliaThe Vauxhall Corsa, one of Britain’s best known and most popular cars, is going electric →