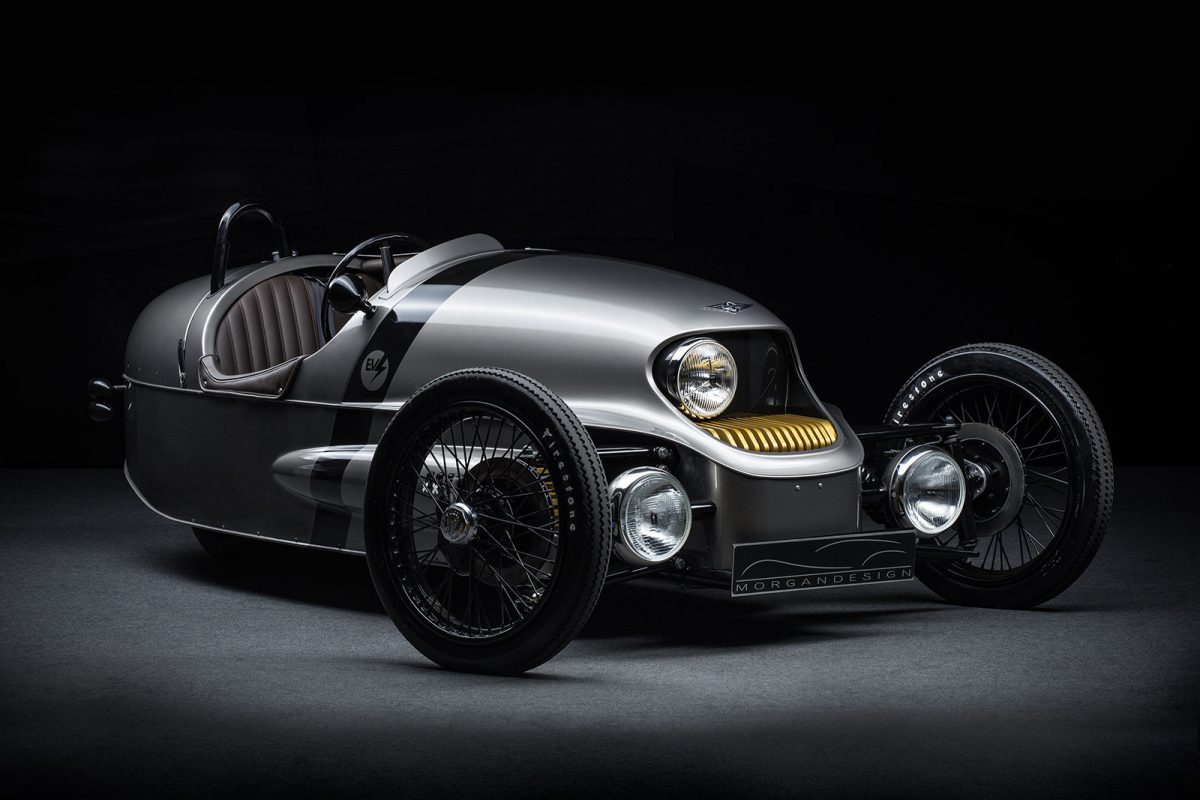 Announced last year classic British sports car maker the Morgan Motor Company are entering the world of EV cars. Morgan are a British company with a long history of bespoke, coach built, handmade motor cars starting in 1909 with the original Morgan three-wheeler.  A four-wheeled model began production in 1936, and Morgan cars have long become famous the world over for their unique blend of charisma, quality materials, craftsmanship and performance. So while we are still waiting for the production version to be released here is a look at the final “pre-production phase” car body and specifications. 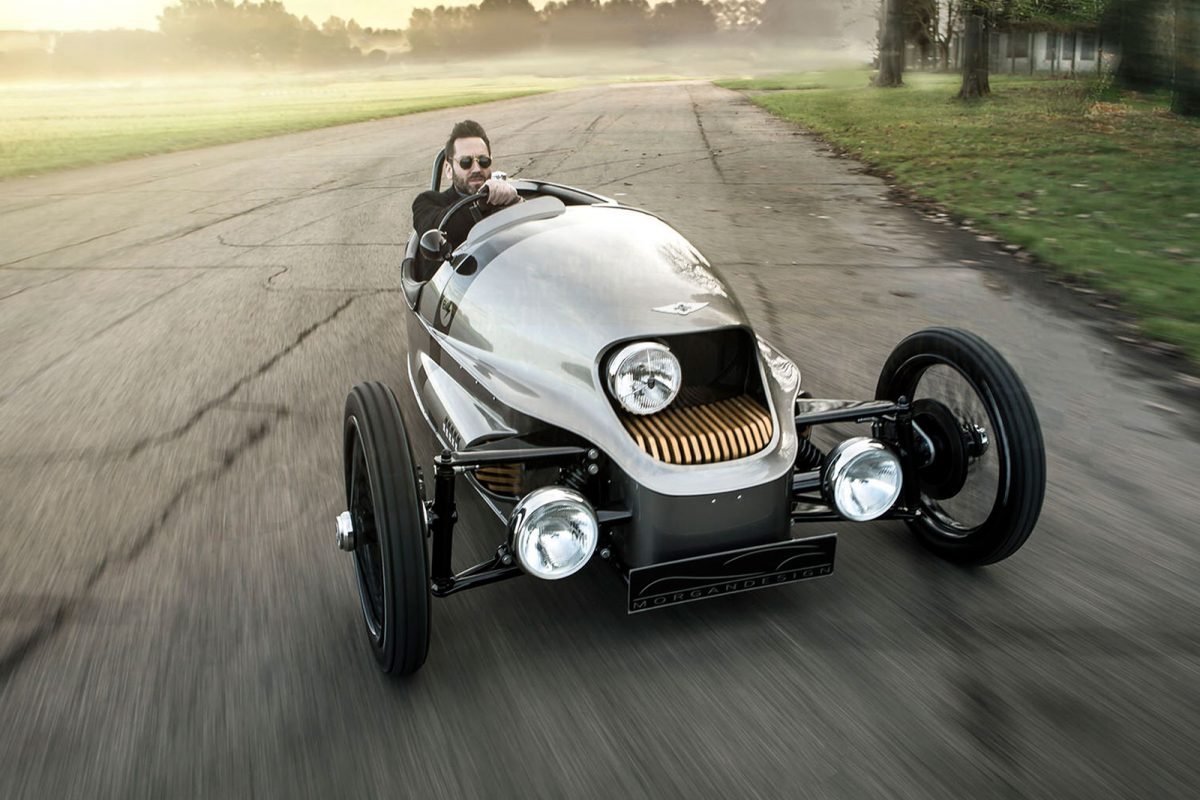 The Morgan EV3 looks at the world of zero emissions motoring from an entirely different perspective, what if an all-electric vehicle was bespoke, hand crafted and exhilarating to drive? The EV3 embraces new technology, delivers responsible driving excitement and continues to celebrate traditional British craftsmanship.

Weighing less than 500kg, the all-electric 3 Wheeler has a range of 150 miles. Lightweight agility is complemented by performance figures that challenge those of the petrol 3 Wheeler. 0-62mph takes less than 9 seconds and a top speed in excess of 90mph. Encased within the tubular space frame chassis is a 20KWh Lithium Battery and a liquid cooled 46kW motor driving the rear wheel. 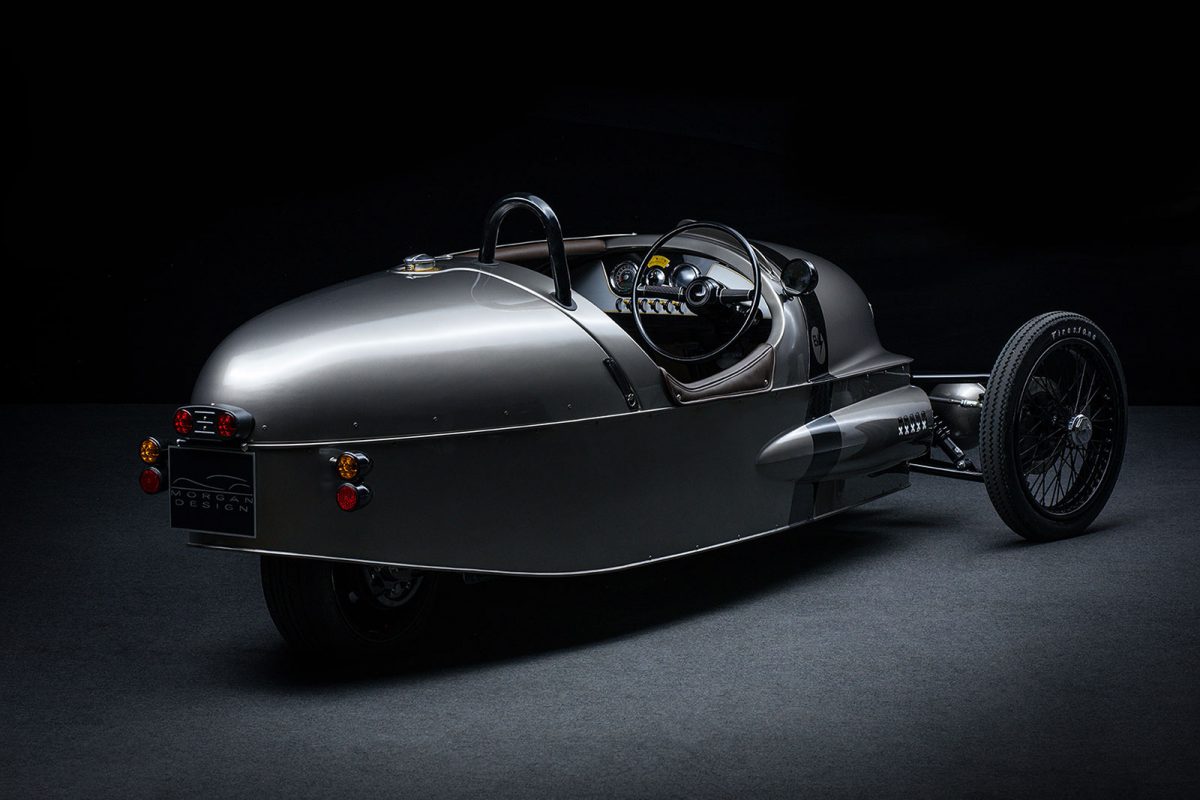 The EV3 is the first Morgan vehicle to utilise composite carbon panels in its body construction. The carbon bonnet, tonneau cover and side pods are made in the UK, and much like the remaining aluminium panels, are hand worked over an ash wood frame. Taking inspiration from 1930’s aero-engine race cars, classic motorcycles and 1950’s fantasy automatons, the face of the EV3 is designed to function. Brass conductive cooling fins encase the batteries and an off-centre tri-bar headlight adds to the overall asymmetry of the design.

We are really looking forward to seeing the final production version coming to fruition but in the meantime here is Morgans release video:-