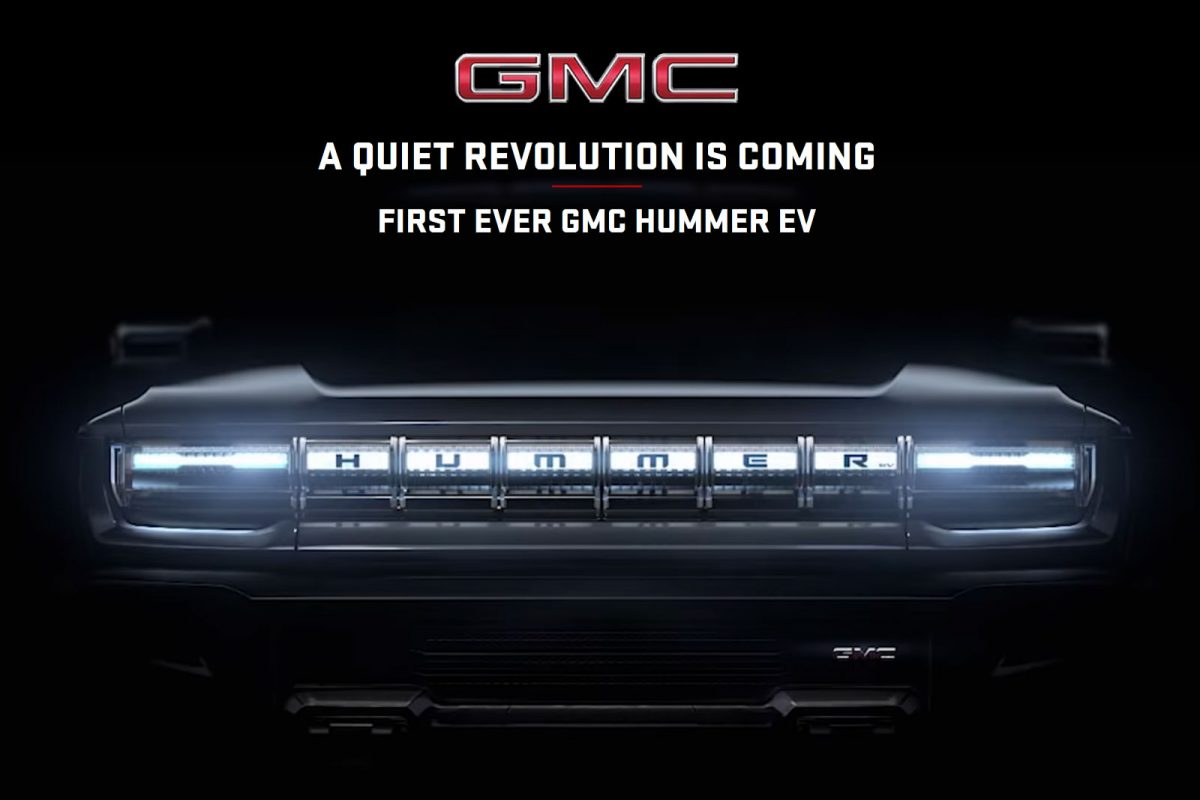 General Motors has confirmed its first-ever electric pickup truck will officially be known as the GMC Hummer EV.

By comparison the top of the range model of the Rivian R1T has 1120Nm and the tri-motor Tesla Cybertruck runs 0-100kmh in 2.9s

Earlier this week, GM confirmed the GMC Hummer EV will be built at the Detroit-Hamtramck plant after a $2.2 billion USD upgrade.

The GMC Hummer EV will be revealed later this year on May 20th.

Posted in EV News, General Motors
← The All Electric Mercedes-Benz EQC is Wheels Car of the Year for 2020Formula E reveal the futuristic design of their new Gen2 EVO car for 2020/21 →