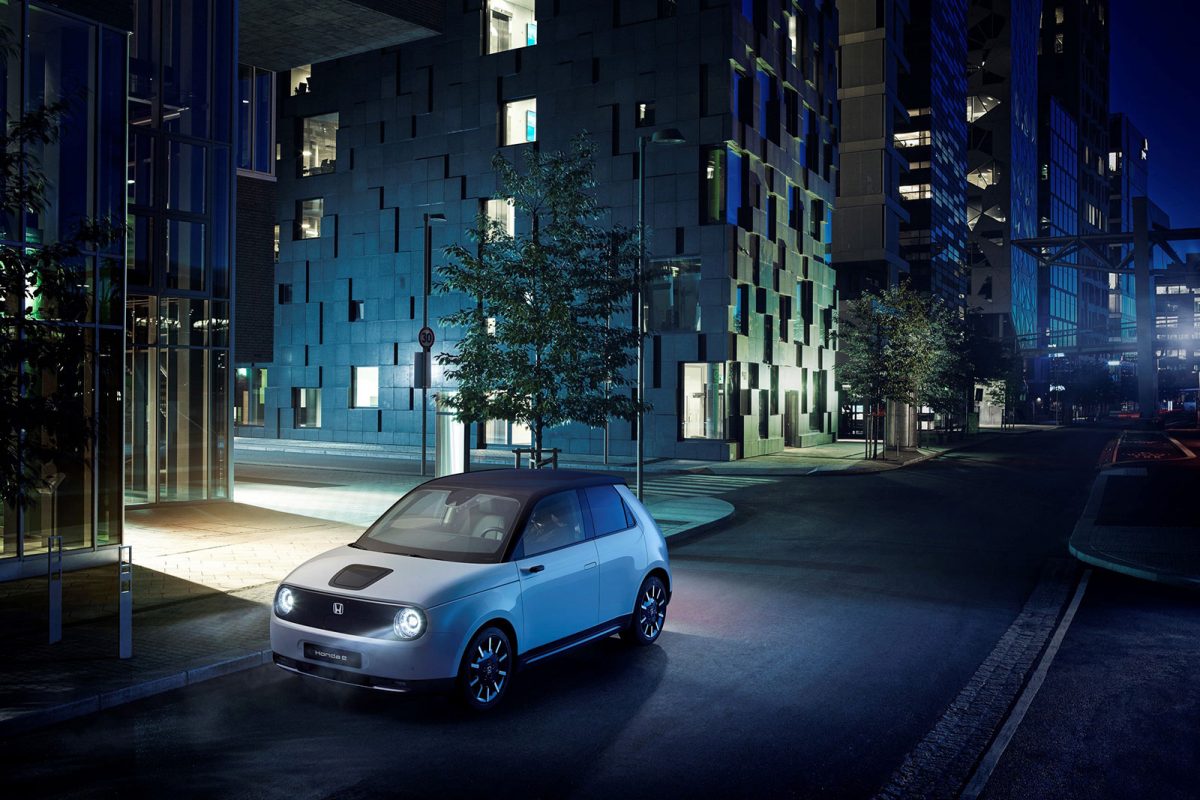 Honda made several announcements today at 2019 Frankfurt motor show, giving more detail than ever before on its “Electric Vision” strategy for Europe.

Honda’s “Electric Vision” strategy commits the company to electrify 100% of its European automobile sales by 2025. The first step in this plan was the launch of CR-V Hybrid, followed by the unveil of the Honda e Prototype at Geneva motor show earlier this year. Following a summer of appearances throughout the region, Honda unveiled the final mass production Honda e for the first time at Frankfurt.

Katsushi Inoue, Chief Operating Officer and President, Honda Motor Europe, said, “Today, we take the next step towards our Electric Vision with the world premiere of the Honda e…A unique electric vehicle that only Honda could develop – a vehicle with outstanding dynamic performance and new levels of connectivity.” 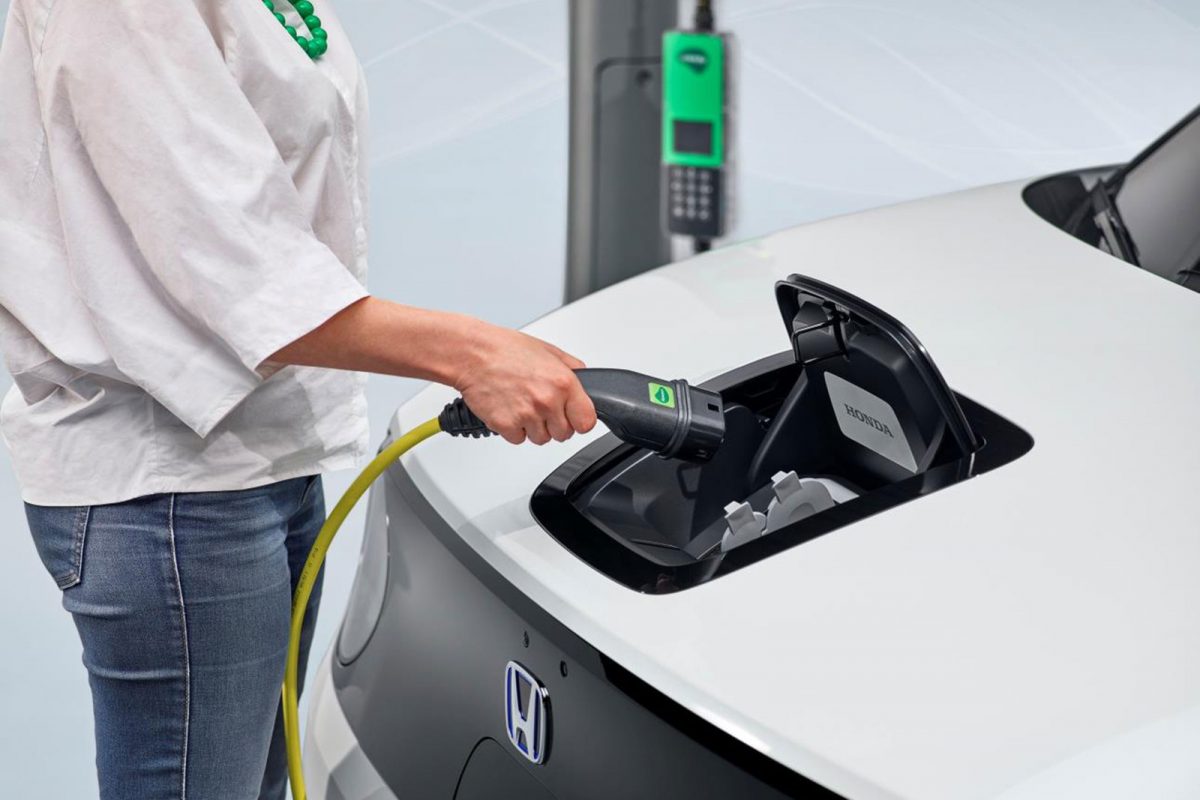 While Honda e made its first public appearance, Honda Motor Europe Senior Vice President, Tom Gardner took the opportunity to confirm details of the brand’s next key launch, “In 2020, Honda will launch the next generation Jazz and today, we can confirm that this model will be introduced into Europe with hybrid technology as the sole powertrain option.”

But the story didn’t end with just automobiles. At Geneva Motor Show, Honda confirmed its intention to enter the energy business with a range of charging and energy management solutions. Here at Frankfurt, the brand showed how its technology could be used to support vehicle charging not only for users who have off-street parking, but also those who live in built up urban areas who only park on-street. 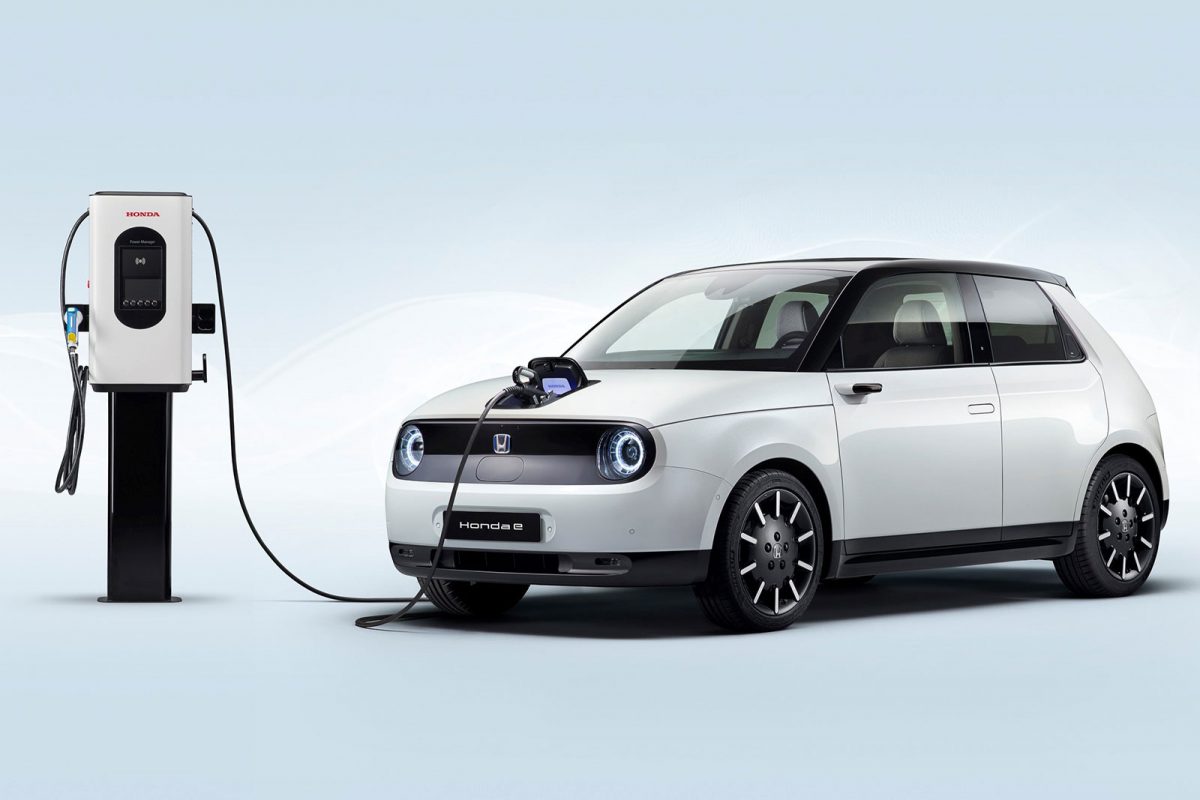 Honda Power Charger
For users who have the option of charging their EV in an off-street scenario, Honda will launch the Power Charger which allows optimal AC charging. The system consists of a charging system that can be wall or pedestal mounted, with a maximum output of 7.4kW (single phase power supply) or 22kW (three phase power supply). This output allows Honda e owners to charge to 100% capacity in 4.1 hours *, assuming a 32-amp supply, significantly faster than through a standard wall socket.

Urban charging solution in partnership with ubitricity
One of the issues for EV drivers in urban environments is a lack of charging infrastructure. In order to address this problem, Honda, in partnership with charging specialists ubitricity, have developed a solution that allows users to charge in urban on-street scenarios. This technology allows the installation of chargepoints within lamp posts, while a unique cable featuring a mobile metering device allowing charging cost to be linked to the customer’s tariff to remove the need for subscription to several suppliers. 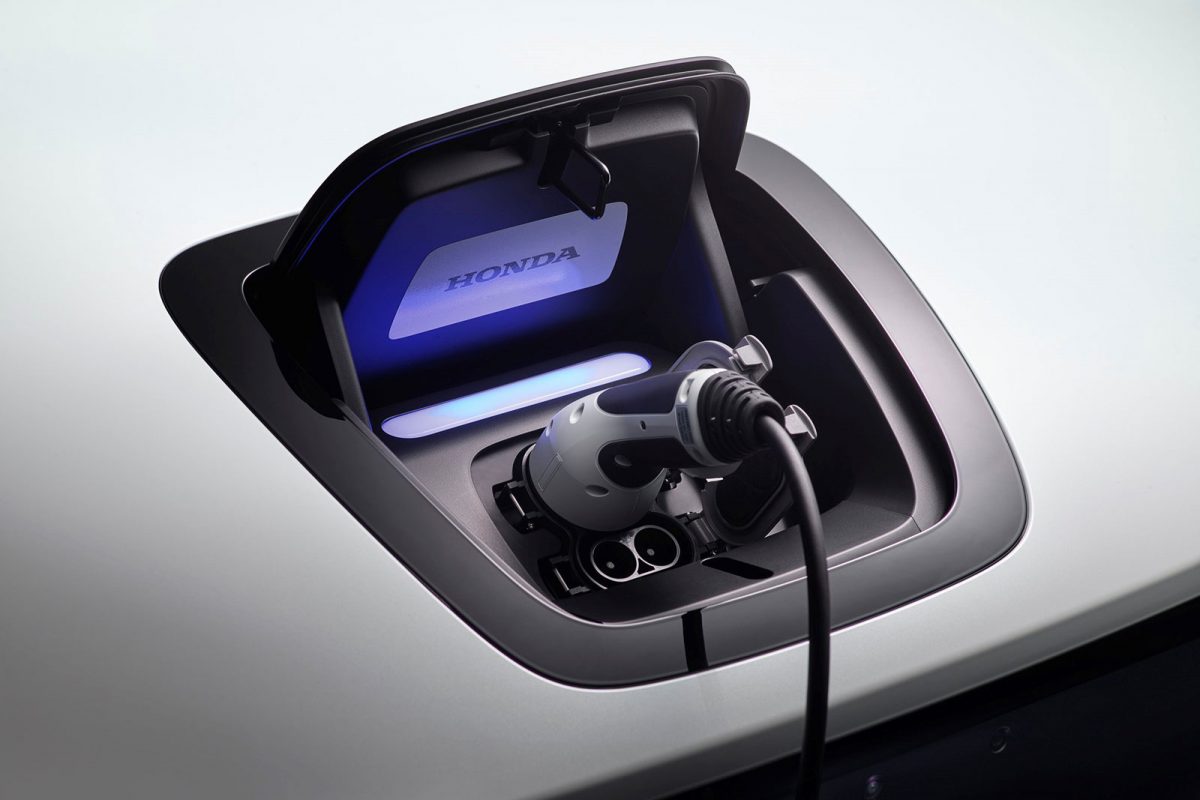 The development of these charging functions will integrate electric vehicles further with existing power networks, allowing energy stored in the vehicle battery to power the home, or to flow back into the energy grid during periods of high demand. The vehicle battery can then be replenished at a time when demand is lower, subject to limits defined by the user.

A demonstration of the smart grid system on the Honda stand will show how it is possible to efficiently store energy generated by renewable sources and release it back into the home or sell it back to the grid, presenting revenue opportunities for EV owners in the future.

A demonstration project in London is using EVTEC trial units with a local authority. Energy can be used to charge EVs, power the buildings, and feed electricity back into the grid when required.

Commercialisation plans
Honda confirmed at Frankfurt that it will bring to market its first commercial energy services during 2020 to align with the launch of the Honda e. UK and Germany are targeted as the first countries for a commercial launch, with further European markets set to follow.