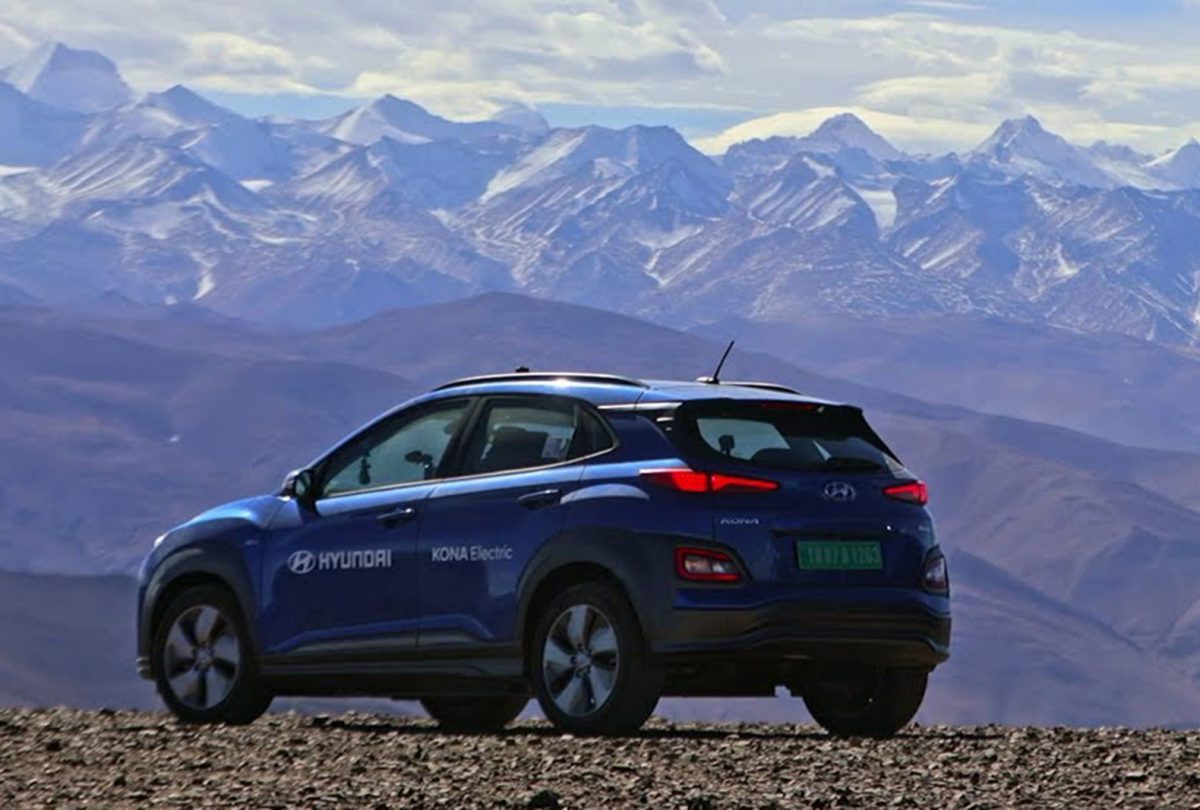 A Hyundai KONA Electric has made the GUINNESS WORLD RECORDS™ by being driven to an altitude of 5,731 meters on the Sawula Pass in Tibet. This comfortably breaks the previous record of 5,715.28 meters altitude by any electric car. 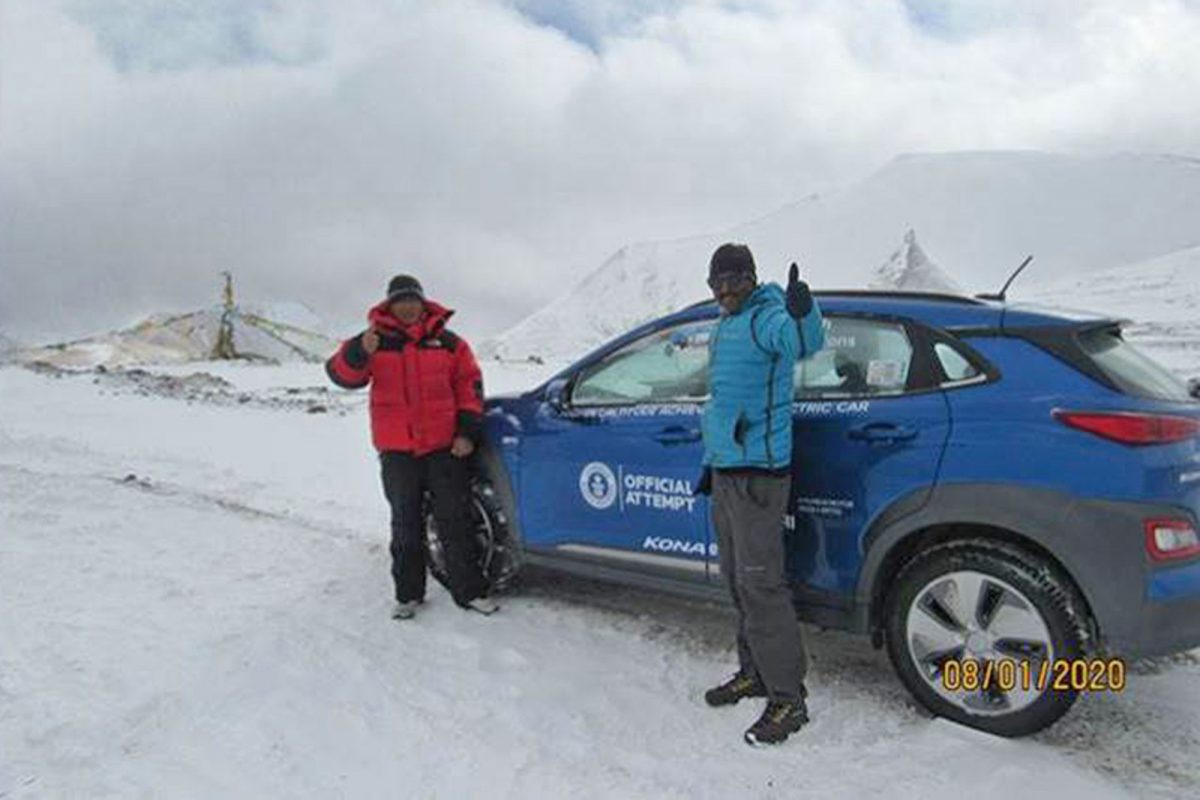 Commenting on this remarkable achievement, Mr. S S Kim, MD & CEO, Hyundai Motor India said, “Hyundai KONA Electric making to the prestigious Guinness World Records feat is a very proud moment for everyone and remarkable feat for HMIL. KONA Electric has brought Electric Revolution by demolishing various myths about electric vehicle and is a true expression of Hyundai’s spirit of staying ahead of the curve. Under the Emission Impossible Mission, KONA Electric has proved its mettle in the world’s toughest terrains without compromising its performance.”

Mr. Rishi Nath, Adjudicator, GUINNESS WORLD RECORDS™ said, “A new precedent has been set for the record as – Highest Altitude reached in an electric car. I would like to congratulate Hyundai Motor India for having achieved this and setting new benchmark in the annals of history.” 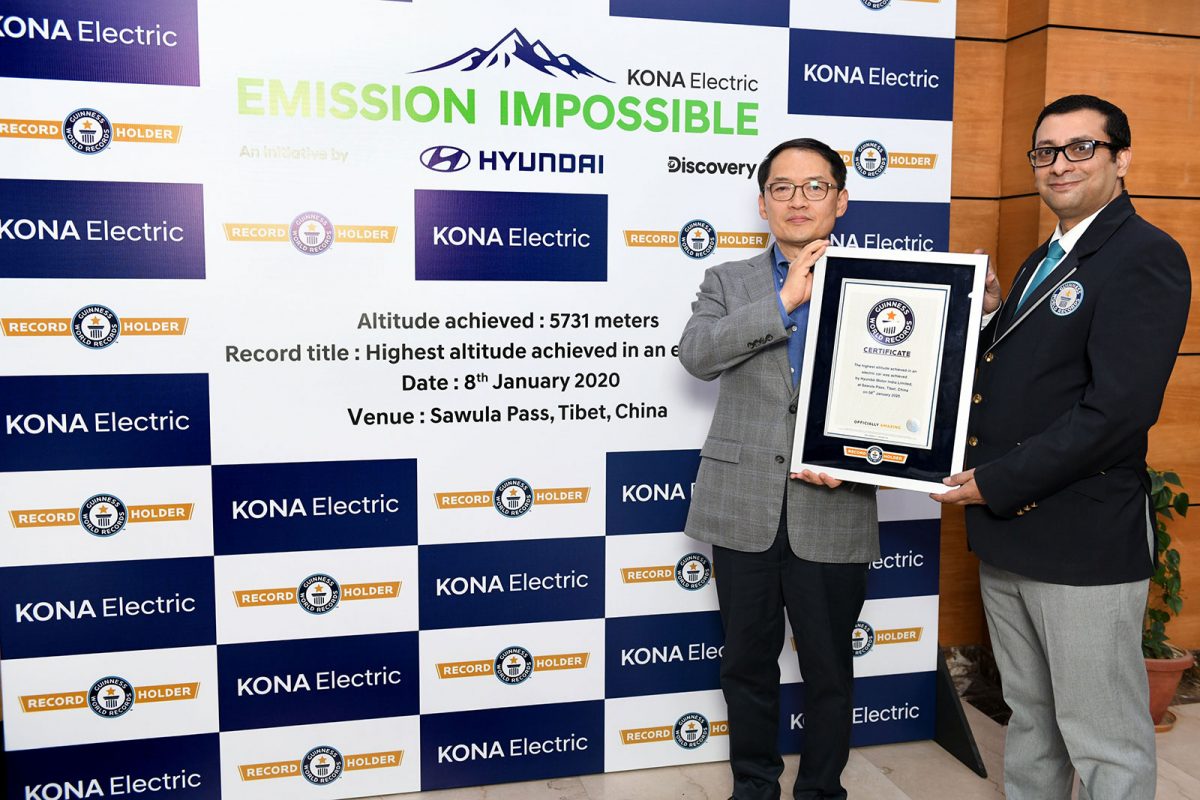 With this feat, KONA Electric has proven itself as a truly reliable Electric Vehicle in extreme conditions. During the expedition, KONA Electric performed as a true SUV on harsh weather conditions like low temperatures, continuous snowfall and icy tarmacs. The Electronic Stability Control (ESC) in KONA Electric ensured the stability of the Vehicle handling in all road conditions.  Technology and Performance hand-in-hand made this Green car a true performer and record making First Electric Vehicle to reach highest altitude.

During the entire drive duration, the KONA Electric was charged through the convenient portable chargers. The car was charged overnight with the standard portable charger provided along with the vehicle. No performance issues were found while climbing the peaks. While descending from peaks, the smart power regeneration system in the vehicle complimented the driving range.

The conquest personifies KONA EV’s powerful performance and assurance of its range and capability to outperform in any weather condition across extreme geographies and demographics.