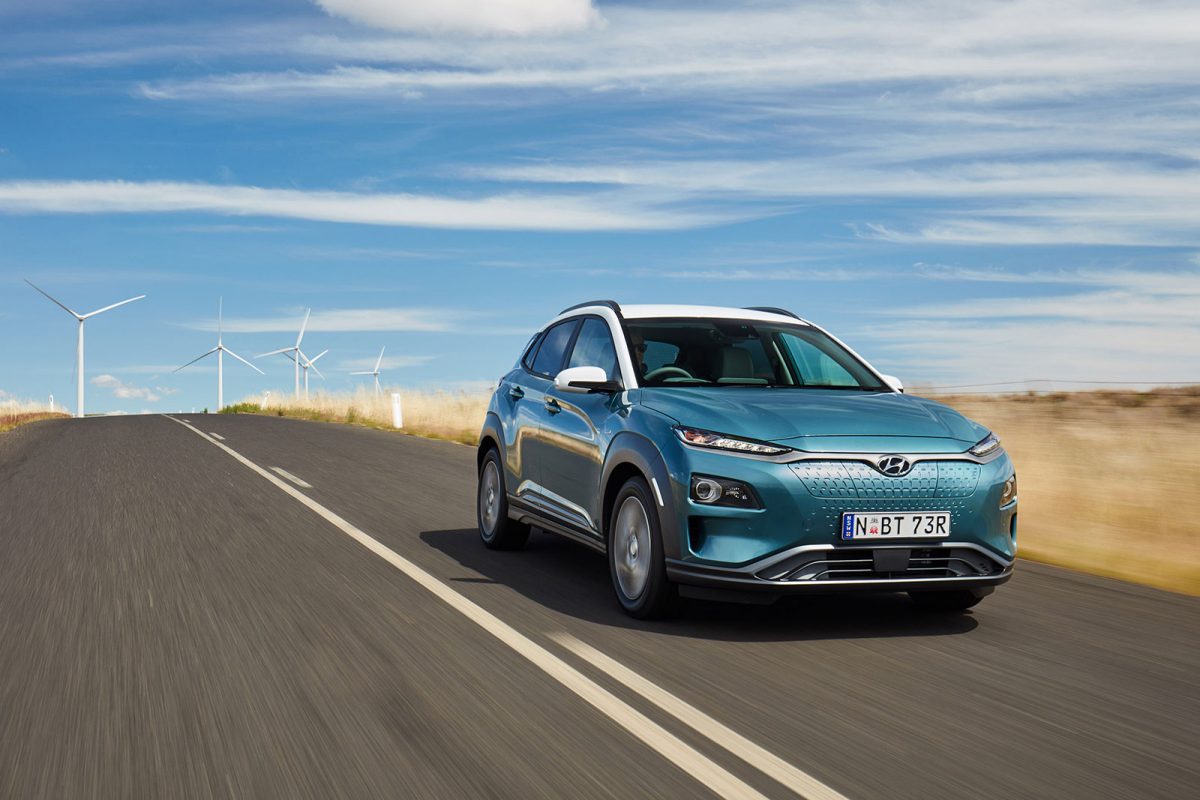 The first Australian Kona Electric owner, an advocate of green power who lives off-the-grid, has taken delivery of his new, all-electric SUV. 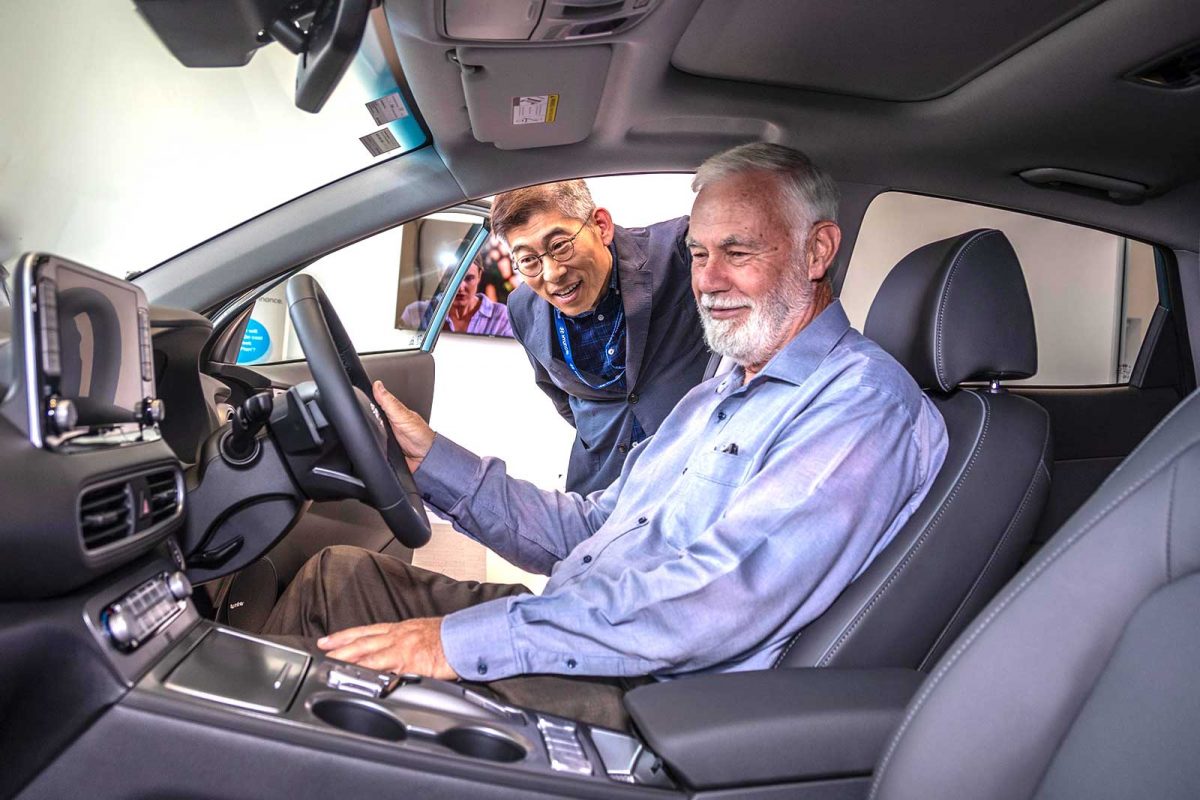 “We are extremely pleased to deliver the first game-changing Kona Electric to Mr. Dalglish, who is an enthusiastic proponent of alternative green power, and of the efficient Hyundai EV system,” HMCA CEO, JW Lee said.

Dalglish, who lives in Blue Mountains, was drawn to the Kona Electric in preference to what he describes as “over-priced and inefficient” alternatives.

“There aren’t any other options,” Dalglish said. “No affordable electric car can go from Sydney to Bathurst without having to stop or being on a tow truck. I’ve built three electric cars, so I know a little bit about them and I’m much in admiration of the Hyundai being so efficient.” 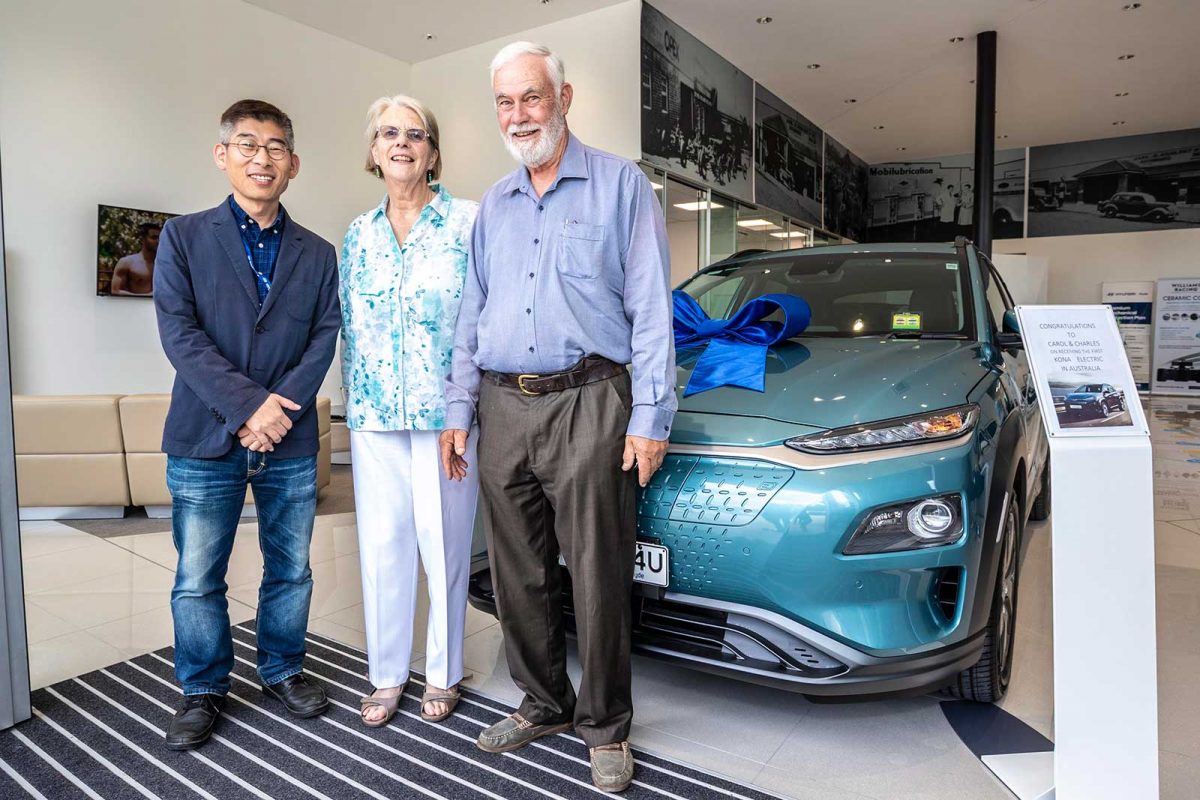 His own battery-powered creations included a Lotus Clubman 7 and a small 4WD based on a mass-produced, conventionally powered vehicle. A former car dealer and aircraft salesman, who flew aircraft all over Australia, Dalglish sold his motor business to pursue a passion for green power.

His business specialised in carrying out solar-powered, off-the-grid installations for weekenders and farmers. Dalglish lives off-the-grid, and will charge his zero-emissions Kona Electric using green power from his home solar installation.

“I’m thrilled to be able to get the Kona Electric – it just makes so much sense,” Dalglish enthused.

The new Kona Electric features a powerful 150kW electric motor powertrain with the ability to travel up to 449 kilometres on a battery charge (WLTP), in a strikingly sporty SUV package. Kona Electric produces a near-instantaneous 395Nm of torque from its electric motor, providing effortless and surprisingly sporty performance, with a 7.6-second 0-100km/h.

Read more about the Kona here>>

Posted in EV News, Hyundai
← The new BMW iX3, BMW i4 and BMW iNEXT break cover for testing in the Arctic Circle.We don’t normally comment on the political rhetoric that seems to surround electric vehicles in Australia but……… →