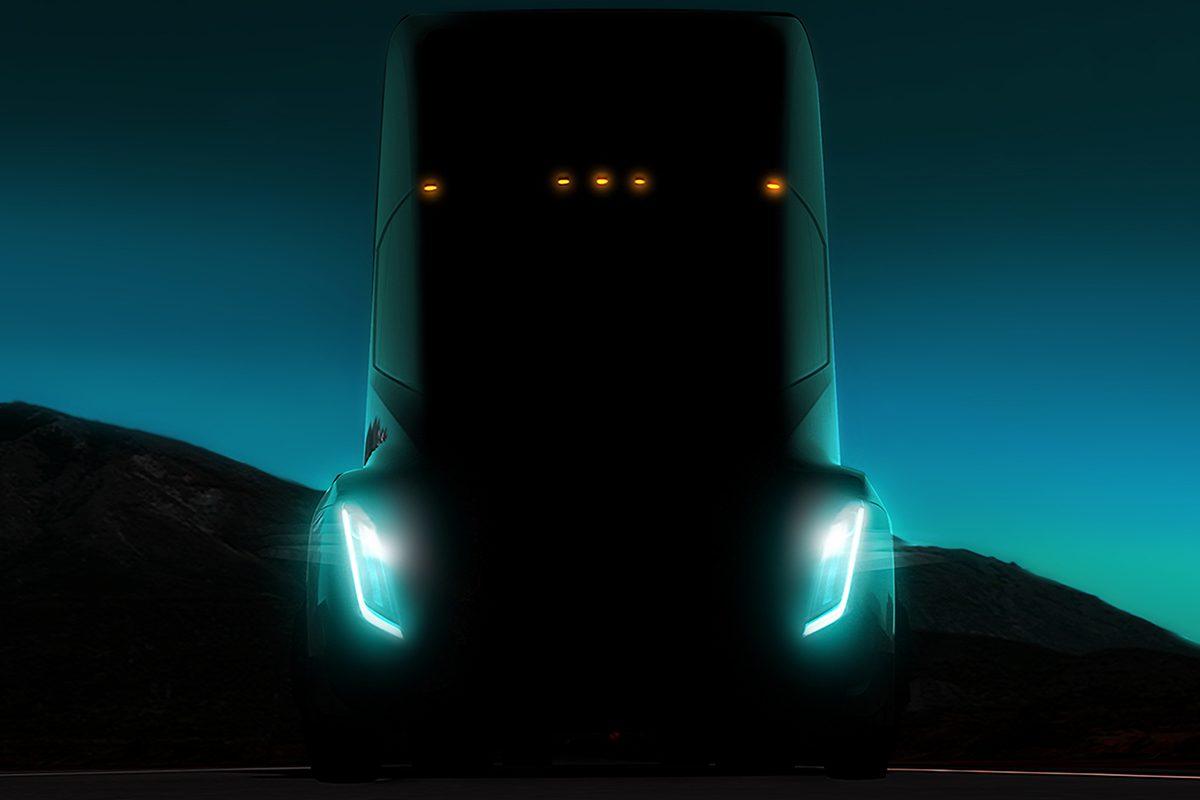 You can’t accuse Elon Musk’s company Tesla of resting on their laurels.  They are now getting closer to testing a prototype, self driving, long-haul, electric semi-truck. In a email discussion with the Nevada Department of Motor Vehicles (DMV) seen by Reuters, Tesla are looking at now doing potential road tests.

“Platoon” is the term used for automated vehicles to travel very close together at speed which significantly cuts aerodynamic drag. Vehicles that platoon must continually communicate with each other and the infrastructure around them, but the distances between them are far too short to allow a human driver to react in time to emergencies.

If trucks at the back of the “platoon” were able to automatically follow a lead vehicle then that could cut the need for drivers.

Posted in EV News, Tesla
← BHP to build world’s largest nickel sulfate plant to supply the EV marketHyundai and Kia to produce eight new electric car models by 2022 with up to 500km range →